During an appearance on Andy Cohen’s Watch What Happens Live, 50-year-old Brooke said, “I wouldn’t have been anywhere without my mom’s influence, so I’m not one to sort of be disparaging in that way. I’ve got two daughters. I think they’re the most incredibly beautiful creatures in the world.” 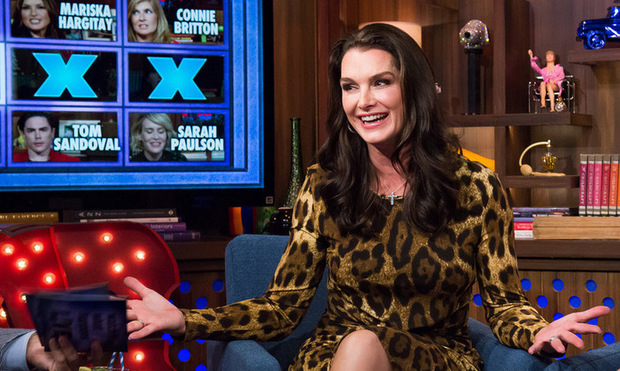 The mom-of-two did note that the times have changed since her modeling days. "I do think that the criteria for being models constantly changes," she explained. "In my era it was one thing, prior to that it was another – it was Twiggy. And now it’s an association that’s sort of bridging a gap between modeling and celebrity and modeling and acting."

Brooke continued, “I think that their timing and what’s happening in the world right now is kind of perfect. And they’ve got parents, who you know, god bless them, really believe in them. I don’t think it’s about celebrity. It wasn’t about celebrity in my era but it also then became about celebrity.”

Meanwhile, the star was also ready to kiss and tell, recalling what it was like to smooch the King of Pop Michael Jackson, who she dated decades ago after meeting him at the age of 13. “It was very sweet,” she recalled. “It was sweet.” 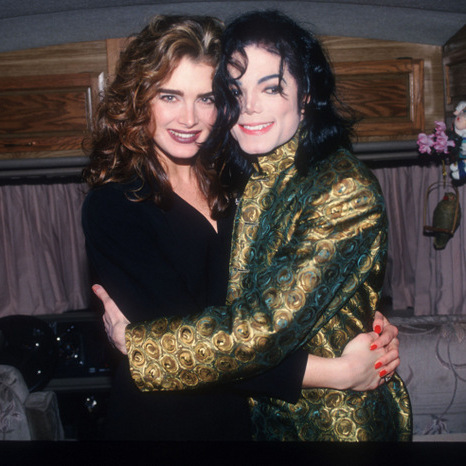 "It was very sweet," she said of kissing Michael Jackson Photo: John Barr/Liaison

She revealed that her late friend, a fellow former child star, was there for her during a difficult time in her life. Recalling her favorite memory of Michael, who died in 2009, Brooke said, “He sent me really beautiful flowers when my dad got sick. He just said, 'I’m really sorry that your dad’s sick.'

"I still have the vase. And it’s big! He was the first person to reach out to me, at all, when my dad got cancer. That is who he was.”