Barbra Streisand took to her Instagram page on Thursday, to post a #TBT picture of her with Nick Nolte at the London premiere of their film The Prince of Tides, in 1992.

Upon her arrival at Leicester Square, the princess met with actress and producer, Barbra, and the other members of the cast. Overcome by nerves, the “Someday My Prince Will Come” singer lost her voice when spoken to by Diana, prompting Nick Nolte to step in and answer for her.

The evening was a roaring success and raised over £100,000 for the AIDS charity, of which Diana was a patron. The film also proved a big hit, with the audience rising for a standing ovation. Giving an impromptu speech at the end of the screening, the songstress said: “The last time I was here for Yentl you made it special for me and now eight years later you haven’t let me down.” 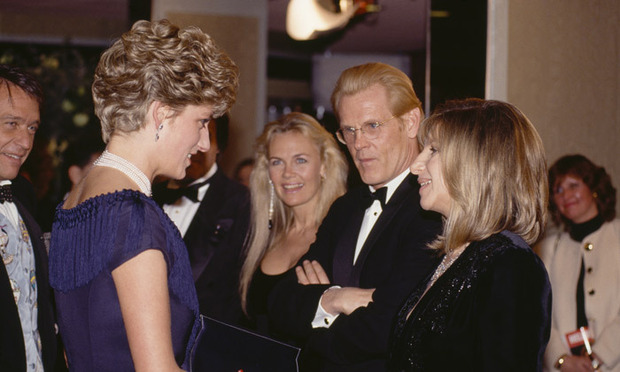 Barbra was so overcome with nerves she was unable to respond to the Princess' question Photo: Getty Images

The film went on to be a global success, after it was released in January 1992, grossing over $110 million and picking up seven Oscar nominations, including Best Picture.

Despite its many nominations, the film lost out in each of its categories, losing the Best Original Score, which featured two songs written and performed by Barbra, to the Disney film The Beauty and the Beast.