It was the .gif seen around the world – or at least all over the Internet – when Lady Gaga won the award for best actress in a miniseries for her part in American Horror Story: Hotel. In a short clip that quickly went viral, the 29-year-old singer-turned-actress caught Leonardo DiCaprio by surprise as she walked toward the stage to pick up her award.

The 41-year-old actor was caught pulling a startled expression when the "Born This Way" singer bumped into him as she made her way through the crowd. 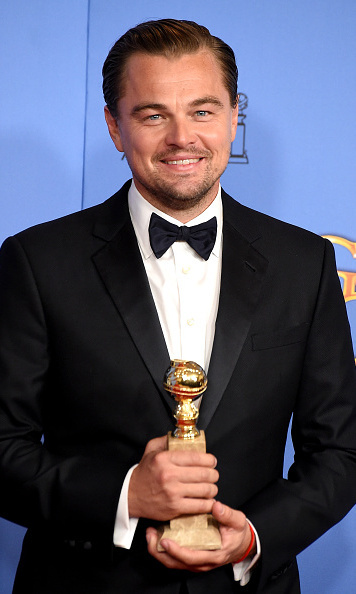 Leo had a .gif-worthy night at the Golden Globes Photo: Getty Images

However, Leo has now revealed what really happened during the humorous moment caught on camera, and admitted he didn't realize Lady Gaga was walking past him. "Oh Lord, that's trending huh," he laughed when shown the video by Entertainment Tonight. "I just didn't know what was passing me, that's all!"

It proved to be a particularly exciting evening for the Titanic actor, who picked up the award for best actor following his stunning performance in The Revenant. Leonardo, who plays real-life frontiersman Hugh Glass in the film, beat fellow nominees Eddie Redmayne, Michael Fassbender, Will Smith and Bryan Cranston to take home the big prize. 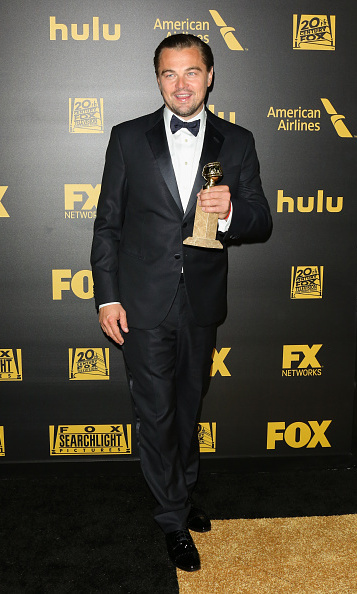 Leo took home an award for his performance in The Revenant Photo: Getty Images

In another funny Leo-related moment of the Golden Globes ceremony, his good pal Jonah Hill took to the stage dressed as the bear who goes toe-to-toe with him in an infamous scene from The Revenant. "That was amazing that Jonah did that," Leo told reporters backstage when asked about the bit.

He also went on to share why he thinks his on-screen duel with the bear will go down in history, thanks to the film's director Alejandro González Iñárritu. "I'm not supposed to talk in great detail about how that was done because it was Alejandro and Chivo [Emmanuel Lubezki]'s very special work," he shared. "Alejandro himself watched over 100 different bear attacks, but what he creates in that sequence, in that movie, is something that is almost like virtual reality. I think people are talking about it for good reason."


Sunday night's award show also brought Titanic fans a Rose and Jack Dawson reunion. The co-stars were spotted embracing each other in a warm hug as the show cut to a commercial break, leaving fans and the Internet to go nuts!