Where is Janice Litman Goralnik when you need her because "OH MY GOD." Everyone’s favorite set of Friends is finally reuniting on TV.

NBC confirmed that the entire cast of the beloved '90s sitcom Friends will reunite next month on their old network. While members of the Central Perk crew have reunited for spoofs on Jimmy Kimmel Live! and the Ellen DeGeneres Show in the past, all of the friends —Jennifer Aniston, Courteney Cox, Lisa Kudrow, David Schwimmer, Matt LeBlanc and Matthew Perry — will take part in the two-hour television special honoring veteran sitcom director James Burrows. 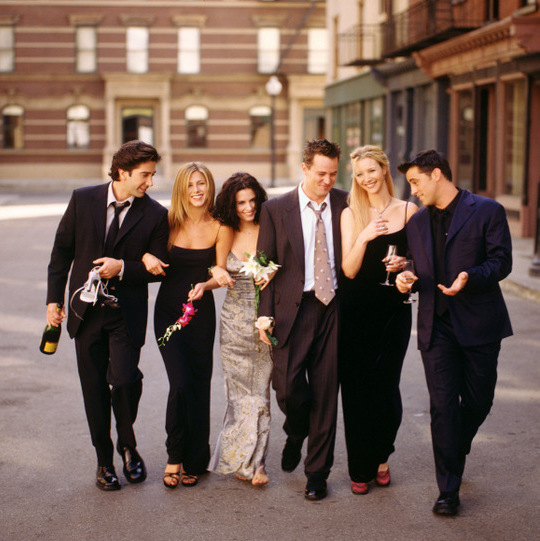 James, who reached a milestone in his directing career last November with his 1,000th TV episode, directed 15 episodes of Friends back in the day.

While the cast is teaming up for the tribute special, it is unsure whether all six friends will share the screen at the same time. NBC’s Robert Greenblatt told reporters at the 2016 TCA Winter Press Tour that he is "hoping that all six of them will be in the same room at the same time, but I'm not sure we can logistically pull that off."

Jennifer Aniston recently told E! that she’d be up for a reunion with her old cast if they played senior citizens. She said, "Why not wait 'til we're really, really old and then put us up there? That would be more interesting."

Last year, Courteney Cox, who played Monica Geller on the popular show, admitted that off-screen, “We’ve not really had a Friends reunion. We’ve gotten about 80 percent there but there’s always one person that flakes at the end.” Sadly at the time she did not seem optimistic about an actual onscreen reunion happening either. She told Yahoo, “Dear Lord, let it go people! We’re not doing it. It’s just not gonna happen.”

Well, never say never! The highly-anticipated reunion is scheduled to tape later this month and will air Sunday, February 21 at 9 p.m. ET on NBC.