Giuliana Rancic knows just what it takes to host a red carpet event! The Queen of the red carpet is gearing up for the start of award season this weekend with the Golden Globes, and shared some of her tips for interviewing some of Hollywoods biggest stars.

"I often say that the least prepared I am the better," she tells HELLO!. "When you prepare too much, you might miss something, like a celebrity wearing two different shoes because they are fashion-forward. It's important to stay in the moment." 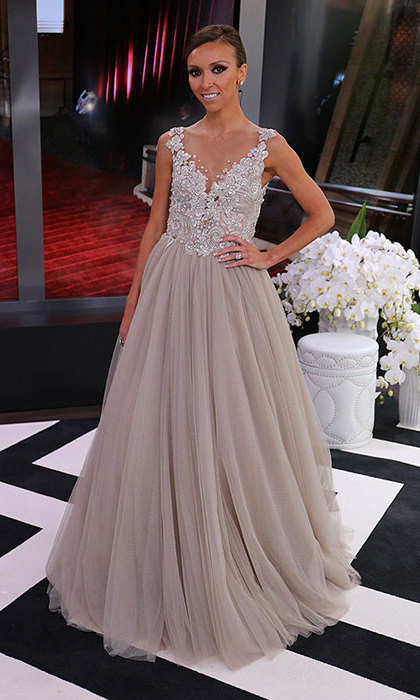 Giuliana's secret to a succesful red carpet is camaraderie with the stars Photo: Getty Images


Alongside Ryan Seacrest, Giuliana, 41, co-hosts the most watched red carpet show in the world, E!'s Live from the Red Carpet, which is screened in 160 countries. The secret to their success, she says, is "camaraderie" with the stars. Giuliana's red carpet interviews are often memorable, she once placed a Hawaiian lei garland around George Clooney's neck, and told him she "always wanted to lei him." She's also juggled with Glee actress Jane Lynch and downed tequila with Cindy Crawford.

However, Giuliana needs energy to think on her feet. "I think it was the Emmys where we took a temperature on our platform and it was 104 degrees," she says. "That's five hours in five-inch heels, a fitted gown and hair and make-up. So I need energy. I always have a good meal beforehand, plus snacks." 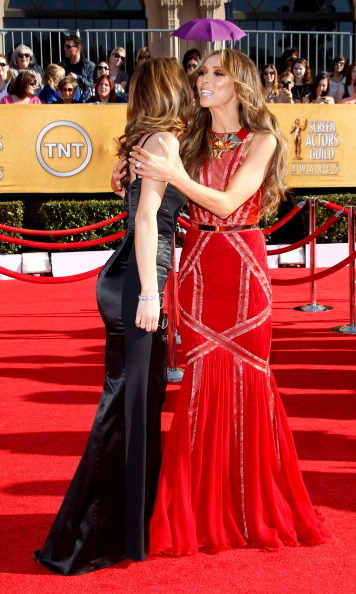 As well as her red carpet interviews, Giuliana is also a panelist on E!'s post-award show style commentary show, Fashion Police, with Melissa Rivers and Brad Goreski, a job she admits was a little intimidating at the start.


"When I started doing Fashion Police, I would be a little nervous. It was a different time and people were more sensitive to it. Now celebrities know that it’s light-hearted. Tom Ford came over to me at the Met Gala and said he loved the show."

"When I'm on a worst-dressed list, I laugh," adds Giuliana, who has a son Duke, 3, with her businessman husband, former The Apprentice winner Bill Rancic. "Who cares if someone loves my outfit or hates it? It doesn’t really change my life."

The comical nature of Fashion Police is a credit to its original host Joan Rivers, who died in 2014. "I learned a lot from Joan," says Giuliana. "She was very kind. She taught me that no matter how busy you are, how crazy this business is, you shouldn’t believe your own hype." 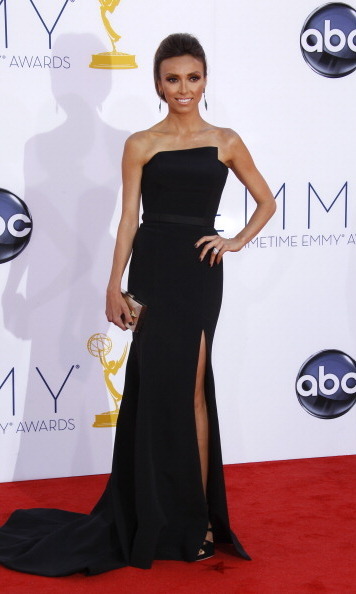 Giuliana has certainly had plenty of life lessons. She’s survived breast cancer, a double mastectomy and infertility , her son Duke was born via a surrogate.She announced her breast cancer diagnosis on NBC's Today show in 2011. "I could have kept it private but I thought, 'Think of the other women who will come after me," she says.

The TV host recently spent an hour on the phone giving advice to a woman who had cancer. "After, Bill said to me, 'honey, you do a lot of cool things but that is always what makes me the most proud of you.'"

She continues: "I never get tired of helping women because that's part of my purpose. "I know how lucky I am. I have a beautiful son, an incredible husband, and both are happy and healthy. Every night Bill and I pray together, and I think God for this incredible life."