Miranda Kerr and boyfriend Evan Spiegel have taken their relationship to the next level. The model has introduced her 5-year-old son Flynn to her boyfriend of several months, after receiving a blessing from her ex-husband Orlando Bloom.

The former Victoria's Secret angel said that she and Orlando thought long and hard about how the split would affect their little boy. Speaking to Net-a-Porter's weekly digital magazine The EDIT, the model said: "Flynn was two, so it was really hard to make the decision, but our son is our priority so you have to come from love," she revealed. "You have to be kind."

Two years after the split, Miranda began dating Snapchat co-founder Evan after the pair met at a work dinner for Louis Vuitton. "He's 25, but he acts like he's 50. He's not out partying. He goes to work in Venice [Beach]. He comes home. We don't go out," the 32-year-old continued. "We'd rather be at home and have dinner, go to bed early. [But] in some ways he does [feel like a younger man]. I'm telling you, I've got the best of both worlds..." 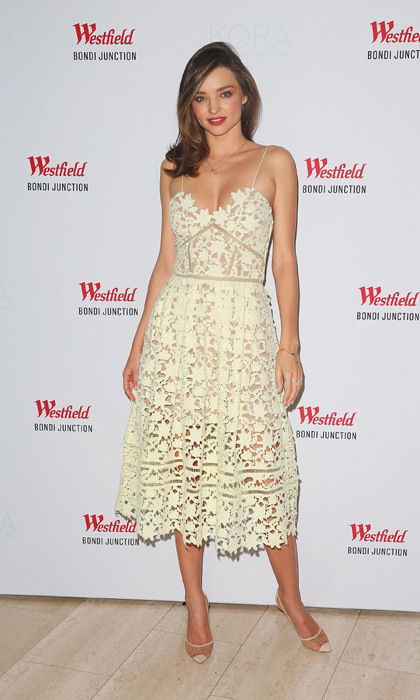 The loved up pair were first rumored to be dating in July 2015 when they were spotted kissing at a restaurant. A month later, the model and the billionaire were pictured cuddling up at LAX Airport, confirming speculation of their romance.

It seems their relationship has come a long way since it started, with Miranda recently introducing her beau to her son with Orlando's blessing. "[Orlando and I decided] that we had to know the person for six months and feel good about them," the brunette beauty explained. 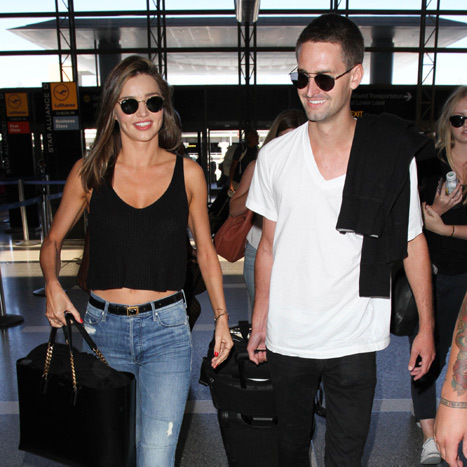 The mother-of-one also opened up about suffering from depression at a young age, revealing how she overcame it. "I was 16, and it was really a turning point. I was depressed and went to a few therapists, but then I realized the only person who could help me was myself," she told the publication.

The Kora Organics spokesperson explained that the reason for her depression was due to losing her boyfriend Christopher Middlebrook in a car accident. She later chose to name her son Flynn Christoper Bloom as a tribute to him.

It's safe to say, even with her divorce and childhood sweetheart passing away, Miranda remains a hopeless romantic. "You can't close yourself off from love; I try to keep my heart open and not feel afraid," she said.