The Jolie-Pitt kids are coming to the big screen! Angelina Jolie revealed that four of her and Brad Pitt's children will be featured alongside her and Jack Black in their animated film Kung Fu Panda 3.

Angelina, 40, shared that although her children Pax, 12, Zahara, 10, Shiloh, 9, and Knox, 7, don't share the acting bug like their parents, she convinced them that this is a chance they shouldn't pass up. 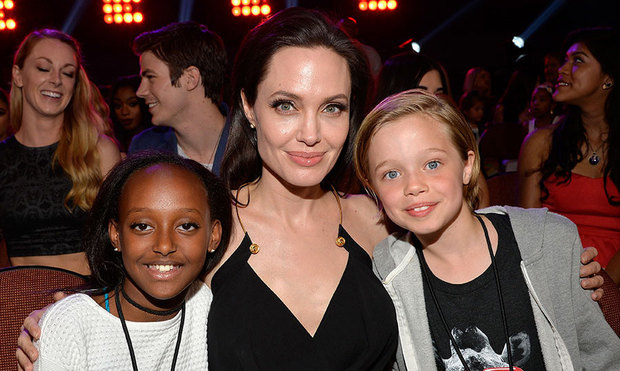 "They were kind of shy," Angelina told Entertainment Tonight. "They don't really want to be actors, but I didn't want them to miss the opportunity. They came in, and they had a lot of fun with it."

Angelina and her husband Brad Pitt have two additional children, Maddox, 14, and Vivienne, 7, who aren't featured in the film.

This is not the first time Angelina and Brad Pitt's children have made on-screen appearances; their youngest daughter Vivienne played a young Aurora in Maleficent, while Zahara and Pax had small walk-on roles. 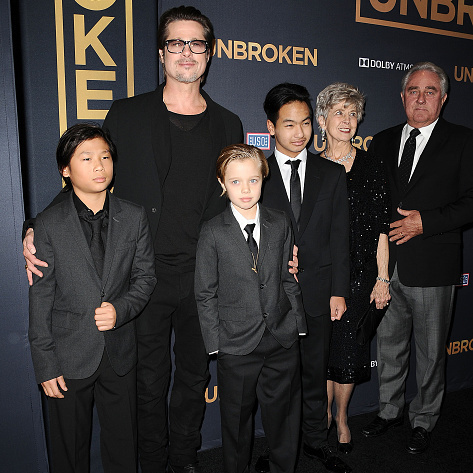 Their eldest son Maddox Jolie-Pitt has also been helping his mother with her work behind the camera, as he has been recruited to assist with production on her upcoming adaptation of First They Killed My Father: A Daughter of Cambodia Remembers – the memoir of Cambodian human rights activist Loung Ung about surviving the Khmer Rouge regime.

Angie isn't just excited about working with her children for Kung Fu Panda 3, but for the message the film sends out about dealing with adoption. "It handled it well, because it didn't brush over it," said the mother to Entertainment Tonight, who has three adopted children with Brad. "It shows that it's complicated and it's not easy and it's not over in a happy second."

Angelina and Brad have also shared the screen together. The pair played the dynamic spy duo in Mr. and Mrs. Smith, and played the troubled husband and wife in By the Sea, a film directed by Mrs. Jolie-Pitt.

Although friends warned the couple against starring in films with each other following their wedding, Brad shared that he doesn't mind his leading lady calling the shots. "It's surprising how much I enjoy the direction of my wife," Brad told V magazine. "She's decisive, incredibly intuitive, and might I say sexy at her post. I trust her with my life."