Melissa Rivers knows what her mother would want best! The 47-year-old Fashion Police host, who is playing her mother in the new film Joy, opened up about who her late mother Joan Rivers would have wanted to play her in the film.

"I think she would be a little miffed that they didn’t have Cate Blanchett playing her,” Melissa shared with Vanity Fair in true Rivers comedic fashion. "I think she would have wanted Cate or Helen Mirren, had it been in the later years, because, of course, when you think of my mother you think of willowy and English.” 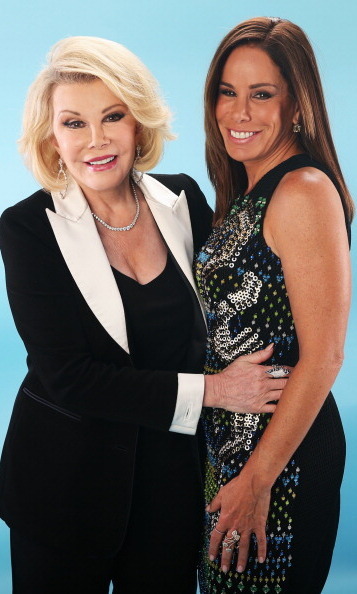 In the film, Melissa steps into her late mother's shoes in the drama during a sequence that features a behind-the-scenes look at the QVC network in the '90s. The film chronicles Joan's already established entrepreneurship, and the moment when Joy(Jennifer Lawrence) makes her on screen debut for her invention.

Melissa shared that she was approached by the film's director, David O. Russell about the role, four months after her mother's unexpected death. Although she was conflicted, she knew her mother wouldn't have wanted her to pass up the chance to work with a few of her favorite stars. 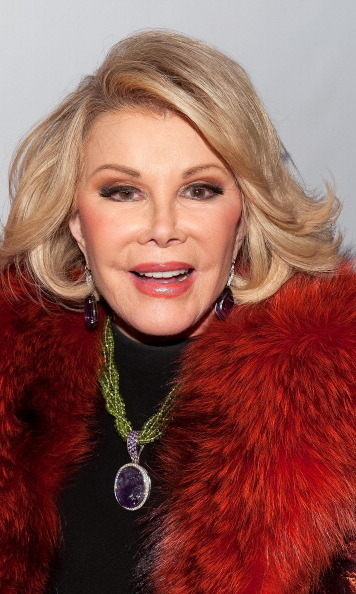 “I could hear my mom’s voice in my head going, ‘You get to work with David O. Russell, Jennifer Lawrence, and Bradley Cooper. . . . What are you doing even questioning this?”

It didn't hurt that the late comedian already had a fond memory with Bradley Cooper. “My mother adored Bradley,” Melissa shared. “First of all, she loved his work and thought he was adorable. Then they were on a flight together once and he behaved like such a gentleman. My mother never forgot he put her bag in the overhead compartment and got it down for her. It was [comedian] Nick Kroll and Bradley and my mom all on the same flight, and my mother became like den mother. She’s like, ‘O.K., we’re all going to chat. Now we’re all going to go to sleep.’ Then she was like, ‘Goodnight, everybody,’ and everybody went to sleep. Then, they walked her out of the terminal and carried her bag. She loved that stuff and she was a fan of Jennifer’s."