Quantico's breakthrough actress Priyanka Chopra may be a newcomer to Hollywood, but she's one of her home country of India's best-known and most successful stars. She's the first to say that balancing life in America and her Bollywood career is a challenge – but one that she's more than ready to take on. 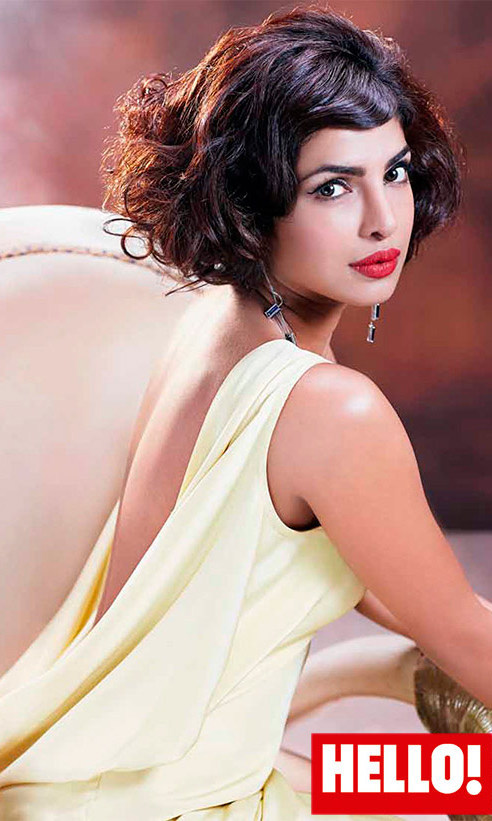 "My career graph is filled with moves that were often deemed as professional suicide… but somehow those big risks have worked for me," she said Photo: Abheet Gidwani

She has said in the past, "I’m going to make it work. I can’t and won’t let either one go." And in an interview with HELLO! India, she explained where she gets the passion to take on the task. “At the heart of it all, I am an entertainer and that’s what I love to do, irrespective of the geography or the medium," she said. "My career graph is filled with moves that were often deemed as professional suicide… but somehow those big risks have worked for me."

She added: "I work very hard to ensure there is a balance between Hindi movies and everything else I do because for me Hindi movies were never just a stepping stone – but more like my heart and soul.” 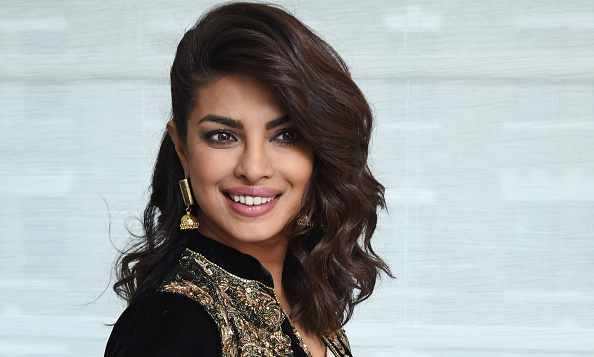 Her background as a film star in India gave her a firm foundation to take on her action role as an FBI trainee in the ABC hit. For example, she revealed that for her starring turn in the Indian film Mary Kom, the 2014 biopic about the world champion boxer, "I had to undergo serious training in order for me to look and act like a champion boxer. The physicality and the mental toughness that role required really helped me with Quantico. So it wasn’t a new process for me.”

Priyanka describes her character in the series as "a young, liberated, educated, strong, intelligent woman of today who knows what she wants and is not shy about that." The breakthrough role is also one credited with challenging stereotypes in American popular culture. "I was very clear that I wanted to be cast for the respect of being an actor, not for the color of my skin, and ABC gave me that," she said. "We do have a diverse cast – but that’s what makes the storyline so interesting." 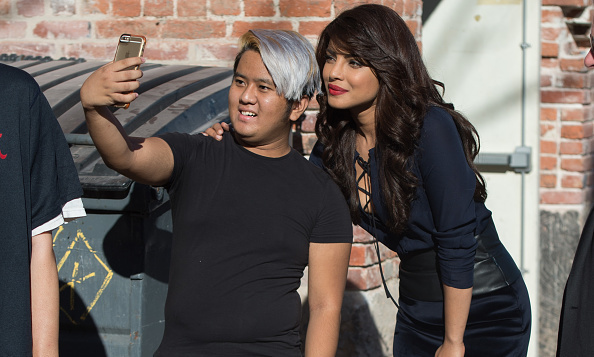 Selfie with a star! The actress is getting used to being recognized in the U.S. Photo: Getty Images

Asked about any complements she's received from her Quantico co-stars, she replied: “I’m not one to blow my own trumpet! They are a hugely talented bunch of people with an incredible body of work and I am excited and privileged to be working with them. I will share one compliment from them… that I can kick some serious a**!”

In the HELLO! India shoot, though, she's styled not as a TV toughie, but along vintage lines – which Priyanka thoroughly enjoyed. "I think there is a certain grace, dignity and beauty that the glamour of old Hollywood and Bollywood have," she reflected. "In many ways, it brings out the goddess in you. There is a certain drama… an intricate, powerful story being told."

But, that's not to say the actress, who has previously shared her beauty secrets with HELLO!, is a die-hard fashion fan. "I hate shopping for clothes and shoes unless I really am in the mood for it, which is usually in airports when in transit! But I love shopping for books, DVDs and gadgets. I can spend hours in those stores browsing, testing, reading and buying! Love, love, love it!”