When One Direction returns from their break, they may need to add David Beckham to the band! The boys where presented with a touching tribute video during their last performance on the X Factor U.K., where a clip of the soccer star singing the band's hit song "Steal My Girl" surfaced.

The 40-year-old was caught mouthing along to the boy band's song while driving. The amazing clip was then followed by a heartfelt message from David, bidding Harry Styles, Louis Tomlinson, Liam Payne and Niall Horan a temporary farewell.

"Boys, what can I say? Five years and you've given so much to so many people," David said. "Unbelievably talented but more importantly unbelievable guys. Congratulations – five years of incredible moments. You need to come back soon or you're gonna have more videos like that." 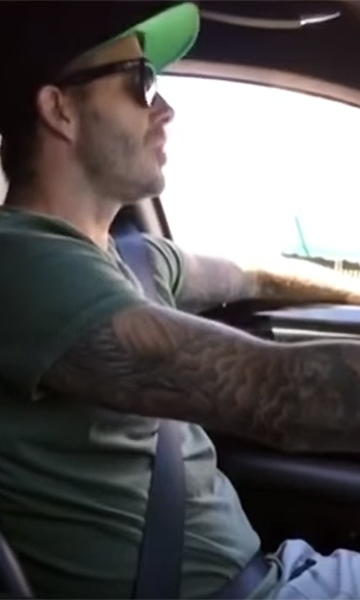 David was just one of many celebrities who paid tribute in the video on Sunday night. One Direction hasn't said how long they'll take a break for, but it will most likely last longer than a year.

Simon Cowell, who propelled the group to fame when they first started on The X Factor, commissioned the tribute video and rallied a few of his famous friends to give messages of support and congratulations to the boys.

David was no doubt the biggest surprise – and gained the most cheers from the audience – but so was Little Mix, who also started out on the hit TV show. 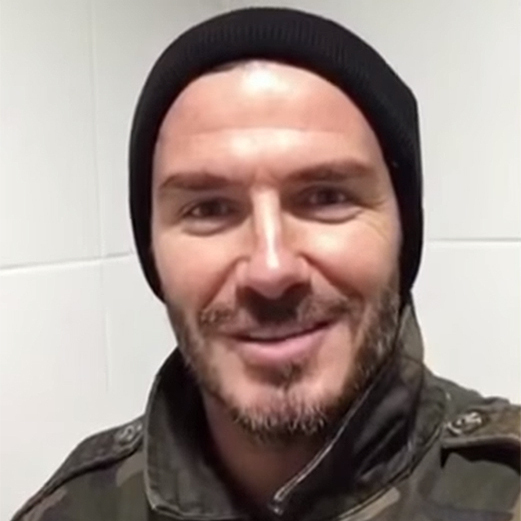 "You need to come back soon or you're gonna have more videos like that," joked David Beckham

"1D have smashed it for many years and we will always be big fans of you guys," Perrie Edwards, who used to be engaged to One Direction's former member Zayn Malik, said.

"My boys, please don't be away too long because we're going to miss you and we love you," said James Corden.

"Come back fitter and faster and stronger than ever," Robbie Williams said. "Love you." 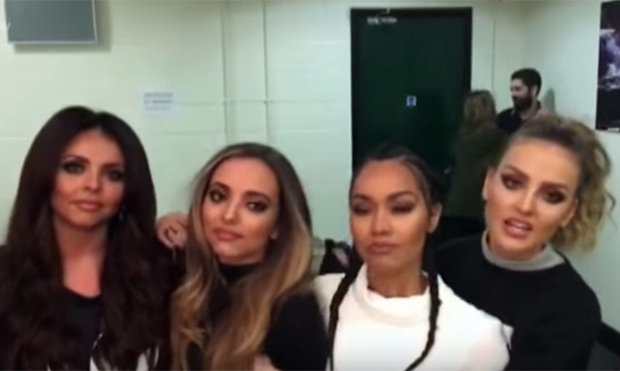 Jack Whitehall, Danny DeVito and Wayne Rooney were among the star-studded cast, and the video ended with Simon giving a sweet message to the boys.

"It's been a privilege, it's been fun, enjoy the break and I'll always be here," he said.

One Direction performed two live hits during the show, but weren't expecting the tribute video from Simon. "Well this takes me back five years ago when I met five guys singing as solo artists, and then I never could have predicted what happened next," the music mogul said before introducing the clip.

He continued, "I know you're going to take a break – you deserve the break, and I really just want to take the chance now to say thank you. You have been an absolute pleasure to work with. Four, five, of the nicest guys I have ever met. Enjoy the time off, have a fantastic time and there are a few other people who have a few words to say to you."

Much like David singing 1D, it appears "embarrassing" moments frequent the Beckham household — though we certainly wouldn't complain if they were our parents! Fashion designer Victoria Beckham took to her Instagram to share an "embarrassing mum moment" with son Brooklyn. The mom-of-four posted a sweet photo kissing her too cool, teenage son writing, "Never too old for a kiss from mum X #embarrassingmummoment X vb  @brooklynbeckham."