Family first! Despite splitting last year after six years of marriage, Mariah Carey and Nick Cannon remain on amicable terms for their 4-year-old twins, Moroccan and Monroe — so much so, that the friendly exes even spent Thanksgiving together, he said on Wednesday on The Ellen DeGeneres Show. 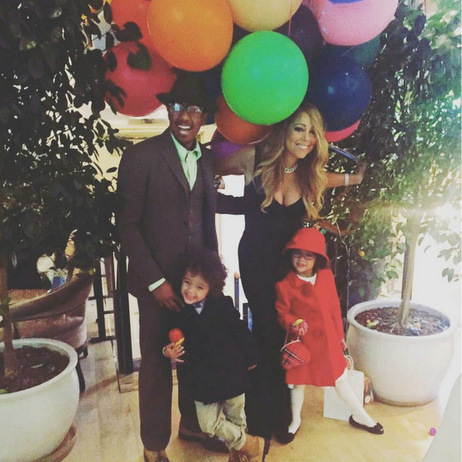 Nick and Mariah reunited on Thanksgiving for their children Photo: Instagram/@nickcannon

"That's a family time and we'll always be a family," the 35-year-old said of celebrating the holiday with his ex wife. "It was such a beautiful experience too. We make the kids the number one priority, for them to see their parents together and everybody getting along and have a great time."

Host Ellen DeGeneres added, "It's just so important when, if a marriage does not work out and you have kids, to show them love and not have somebody talking badly about the other person. It's great."

"You have to," Nick responded. "It's all about unconditional love. And knowing because they were so young this is kind of what they know. And they know mommy and daddy still love each other, but more importantly they love us." 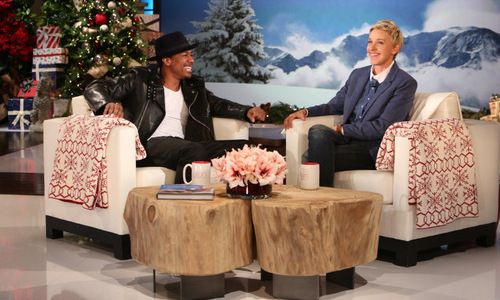 Since splitting from Nick, the "All I Want for Christmas Is You" singer has moved on to dating billionaire James Packer. The dad-of-two revealed that he's yet to meet Mariah's new man, but said, "I want to, though. I think that would be cool. It's still like, we've talked about it and stuff, it seems like it's cool."

While Mariah has found love again, Nick on the other hand admitted that he isn't ready to jump into a serious relationship. "I’m not ready for all that," he said. Not quite believing the actor, Ellen insisted he must "be dating lots of girls".

"I wouldn't say dating," Nick replied. "I mean, I have friends and we hang out, but I'm not ready to do anything seriously, especially cause I'm really trying to make sure I can establish being in my kids' life and working. I'm always so busy, so if I'm not working they're my number one priority."