It’s been a roller coaster year for Blake Shelton. The country crooner, who split from wife Miranda Lambert earlier this year, was honored at the CMT Artists of the Year show on Wednesday night, where he reflected on his “crazy year.”

“Let me just say that I want to thank my label and thank my entire team,” Shelton said accepting his first CMT Artist of the Year award. “There's too many people to stand up here and name, but more importantly, I want to say that this has been a crazy year, from the way it started to how it's ending is so awesome for me. So thank you all.” 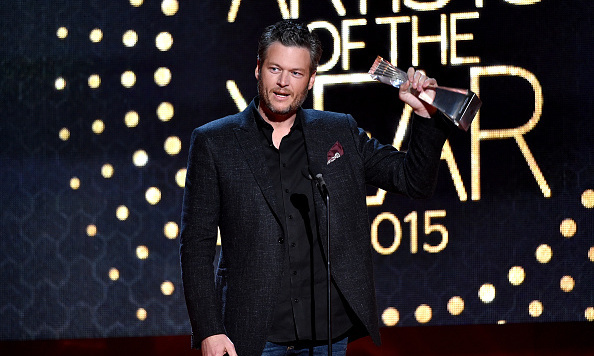 Blake Shelton was honored with the CMT Artist of the Year Award on Wednesday night Photo: Getty Images for CMT

He added, “This is a great way to end it for me. Thank you so much."

Before taking the stage, the country star was introduced by Trace Adkins, who joked that Blake can do it all “other than keep his love life private.” The 39-year-old and Miranda announced their divorce in July after four years of marriage. He has since moved on to dating his fellow Voice judge Gwen Stefani, whom he has said he’s "thankful" for.

Last year, Blake’s ex wife Miranda took home the coveted CMT Artist of the Year Award noting him in her acceptance speech. She said, “My husband, I always forget to thank him, but he’s my rock.” 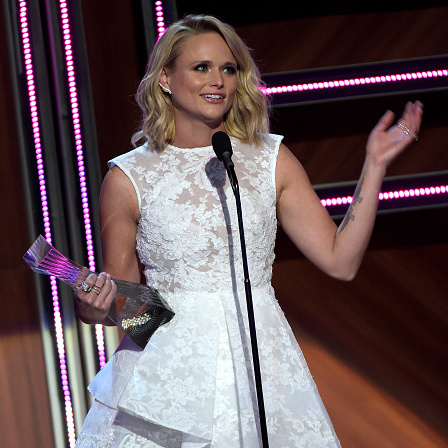 Miranda Lambert accepted the same award as her ex husband in 2014 Photo: Getty Images for CMT

While Blake has jumped into another relationship, Miranda is currently looking forward toward the future. In an interview with Cosmopolitan the 32-year-old said, “I had a great relationship with an amazing man. I know what good is. I have a great launching pad for the future. I will never take that for granted."

She added, “We are real people with real lives and real s--t. We’re both very honest. This is what it is now, and we’re moving forward.”

For more award winners from Wednesday night click through our gallery.