Mariska Hargitay is in with the “cool” girls. The 51-year-old has a membership to one of the most desired squads in the world — Taylor Swift’s — and apparently joining the group all started with a text.

The Law & Order: SVU actress, who starred in the pop star’s “Bad Blood” music video, revealed on Watch What Happens Live that her place in the ultimate girl squad sort of just happened. She revealed, “It sort of fell out of the sky and actually it was just a text. I got a text one day going ‘do you want to be in my video,’ so it was really fun." 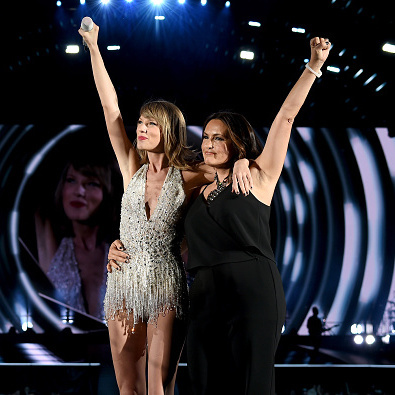 It may have happened spontaneously, but Taylor has been a longtime fan of Mariska. The "Shake It Off" singer even named one of her cats after Mariska's Law & Order character, Olivia Benson. Back in 2011, Taylor told Teen Vogue, "I sit in my apartment and watch hours of that show. So I sort of feel like me and Olivia are BFFs."

And now they are! Mariska also told host Andy Cohen that the squad does not hold secret meetings (as we pictured they would), but she did say “there’s a lot of good things” being in the girl squad. “It was so sweet because I didn’t know what to expect because they’re all 12,” she joking about the age of the younger women. “They were so lovely and inclusive, and I really had so much fun with them.”

When it came time to shoot the star-studded music video, new squad member Mariska admitted that she felt like she was in junior high all over again once she met fellow troop member Karlie Kloss. 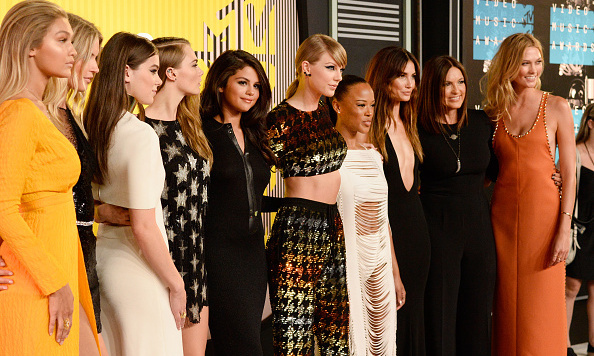 Mariska (second from the right) stood next to "cool girl" Karlie Kloss when the squad stepped out to support Taylor at the 2015 MTV Music Video Awards Photo: Getty Images

“Karlie Kloss just grabbed my hand and was like ‘I’m staying with you’ and it was one of those things where I felt like I was in seventh grade and the cool girl picked me,” she said. “It was so sweet and I had so much fun. They’re so tight these girls. “

As for their beloved squad leader? The actress said, “Taylor’s ridiculously talented and it's hard for me to even download her, what she is because I don’t understand the talent and poise at that age.”

WATCH MARISKA HARGITAY SPILL ON THE GIRL SQUAD BELOW