Newsflash, Meg Ryan does not find news of her evolving look “that interesting.” The 54-year-old, who stuns in the latest issue of Porter magazine, opens up about aging and the media’s attention on her “changing face.”

“There are more important conversations than how women look and how they are aging,” the actress says. “I love my age. I love my life right now. I love what I know about. I love the person I’ve become, the one I’ve evolved into.” 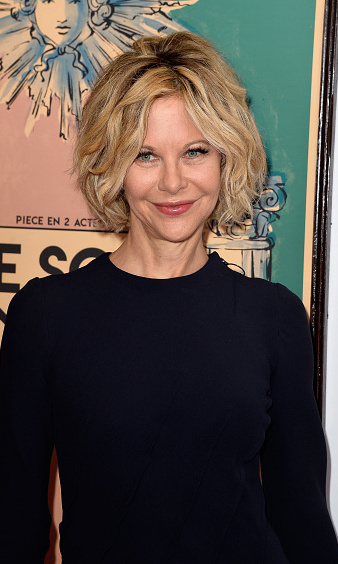 The You’ve Got Mail actress notes that in her life, she’s been “scrappy as hell” but these days she feels at ease. Meg explains, “I think that comes with age. We get stuck in these conversations about looks and hair color and our roots. It’s interesting and funny for five minutes, but it’s not that interesting."

And Meg certainly doesn’t let the haters bring her down. The blonde beauty admits that when it comes to them, she frankly does not pay a lot of attention. “There’s a lot of hatred in the world today, it’s so easy to judge. Imagine being a hater, how stupid!” she says. “The people I value talk about kids growing up, what kind of world they are going into, what we are eating, what we are breathing.”

The private actress also admits that her fame is “definitely something I have had an evolving relationship to” and she views it as a “condition” rather than an “affliction.” She adds, “I’m the kind of person who doesn’t want to be separated out. Fame is so cheap. Actually it’s not cheap, it’s privacy that is expensive.”

She continues: "Instagram and all that stuff is a lot of fun, but everybody has an audience now and that’s new. I think people can now relate to the idea of strangers knowing about them: sometimes that’s fine and sometimes you are misunderstood. Sometimes there’s misinformation."

Since splitting from John Mellencamp in 2014, the mom-of-two — son Jack Quaid (whom she shares with former husband Dennis Quaid) and daughter Daisy Ryan — has temporarily removed herself from the dating scene. “I’m on a little break,” she reveals. “I’m with my life right now in a way that I adore, with my kids and my world.”