For someone who is surrounded by cameras on a daily basis, one would think Kylie Jenner is as calm, cool and collected as can be, but in a new issue of INTERVIEW magazine, the reality star admits that is not the case.

"I wake up every morning with the worst anxiety. I don’t know why,” she reveals in the December/January issue. “ I wake up every morning at, like, seven or eight because I think that there’s a bad story about me, and I have to check. My worst fear is waking up and finding something bad about me on the Internet.”

Her anxiety isn't anything new. "I had a lot of anxiety when I was younger, so I would just run to this hill path in the back of my mom’s house and listen to Jack Johnson," she shares. "I would listen to Jack Johnson and stare at the sky until my anxiety went away. When I was 16, I was always outside. We always watched the sunset, the group that I was friends with."

The 18-year-old has grown up in the public eye, starring on her family’s reality show Keeping Up With the Kardashians, which consequently led to her being a victim of bullying. She has since channeled her negative experiences into developing an anti-bullying campaign on Instagram called #IAmMoreThan and Being Bullied.

“Pretty much ever since I was 9, since the show started, there’s been so much bullying towards me,” she admits as the inspiration for her campaign. “Every single day I see something negative about me. And it’s just completely torn me apart. I feel like I’ve lost so many amazing traits because I’ve listened to stupid people, ignorant people who are bullies.” 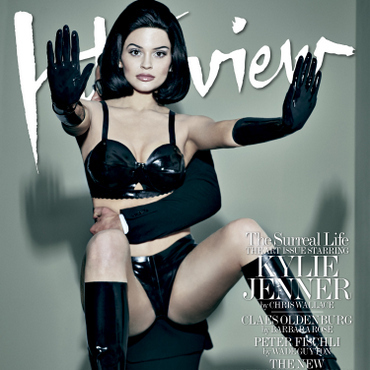 Despite the show bringing her haters, in addition to her instrumental success, the young star revealed that if she could do whatever she wanted to, perhaps one day down the line, her family's show will feature one less Kardashian-Jenner sister.

She explains, “If I could do whatever I wanted, I would have a successful makeup line, and I would want to hopefully start more businesses, and just be, like, a businesswoman. And then, hope- fully, I’ll go off the map. When I’m, like, 30, I want to go off the map, have a family, and live in Malibu with a farm, and just raise my own chickens.”

Not to say that Kylie wouldn’t be snapping her pet chickens in Malibu. The reality star is notorious on social media platforms like Snapchat and Instagram — on which she has 40-million-plus followers — though she assured the magazine that there is more to her than what meets the eye, or in this case phone screen. 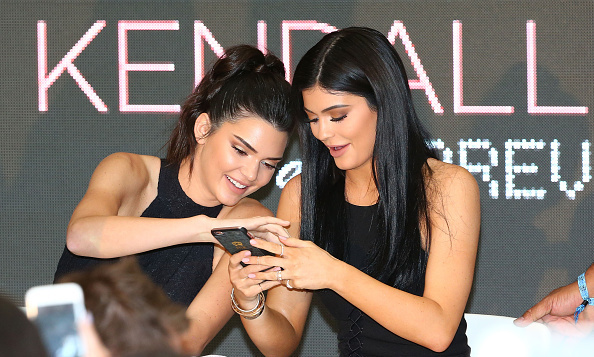 “There is absolutely a side of me that people don’t know. I’m not myself on Snapchat or Instagram. That’s totally not me,” she says. "I’m way flashier on Instagram and Snapchat, because I feel like that’s what people want to see and that’s what I’ve always done, so I’m not going to stop. People want to see my cars and my purses. People love fashion. But that’s so not me.”

Kylie’s postings have even attracted the likes of mega pop stars like Lady Gaga. She reveals that the “Bad Romance” singer helped her stay true to herself. "[Gaga] came up to me and was like, 'I think you’re so amazing, and whatever you’re doing, people are just obsessed with it.'"

She continues: “She basically told me to not change. I feel like that really helped me, because there’s a reason why I have so many followers and why people pay so much attention to me. So I just try not to change and stay authentic."