Justin Bieber and James Corden reunited and it sounded so good! The 21-year-old "Sorry" singer and the British funnyman drove around L.A. for another edition of "Carpool Karaoke" on Wednesday night's The Late Late Show. 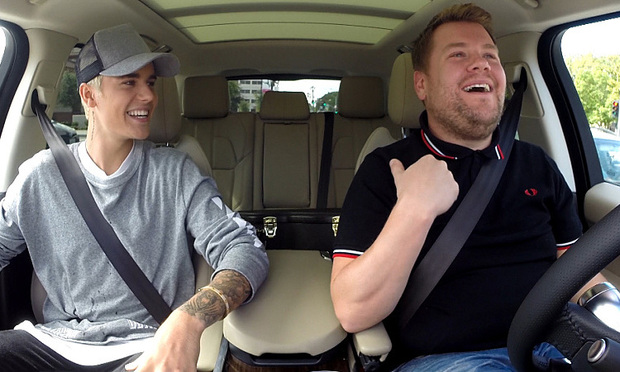 Justin and James started off the segment by kicking it old school and singing along to Justin's hit from 2010, "Never Say Never." The pair danced in the Range Rover as they traveled through Los Angeles and brainstormed ideas for the name of James' fanbase. The two finally settled on a hybrid name for followers: the "Corliebers."

The always on-trend Justin suggested they make a short detour and pick out some new clothes for each other. On the way, the duo treated fans and passersby to body rolls and pop-locking while they performed Justin's smash hit "What Do You Mean." 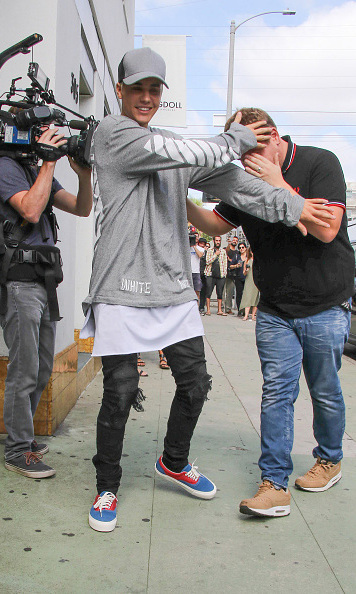 In the store, Justin picked out a look for James that he called "sleek but not over the top," dressing the comedian in a white hoodie, a long t-shirt, jeans and high top sneakers. When it was James' turn to dress Justin, he decided to go for a more mature look that included – what else? – a green sequin jacket. Back in the car, the duo also sang the Kanye West hit "Stronger," before James made Justin's heart melt by turning on his favorite shower song, Alanis Morissette's "Ironic."

Justin, who ended their car ride by performing "Sorry", joined James for their first rendition of carpool karaoke back in May. James has also featured stars like Jason Derulo, Mariah Carey and Jennifer Hudson in the segment.

CLICK BELOW TO WATCH JUSTIN AND JAMES DO CARPOOL KARAOKE