Victoria’s Secret Angel Lily Aldridge is ready to take flight on the runway at the taping of the brand's 2015 fashion show. The 29-year-old, who is wearing this year’s Fantasy Bra spilled about her big night and how her daughter is friends with another member of her squad.

“I just cannot wait to get on the runway, get my looks on and go work it,” Lily told HELLO! backstage of the show as she and her fellow models were in full hair and makeup mode at the Lexington Armory in NYC. 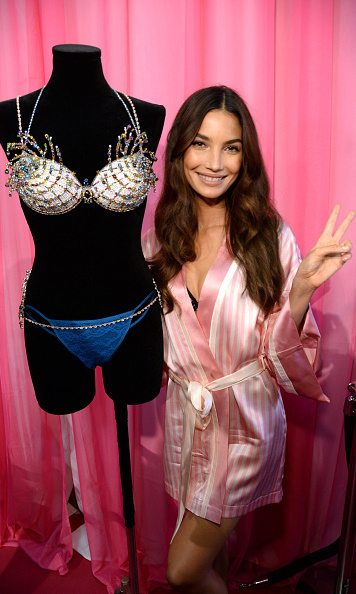 Coming out to support the supermodel on Tuesday night are two of her biggest cheerleaders, her mother and husband Caleb Followill. But as it turns out Lily reveals knowing where her husband is seated during the show makes her slightly anxious. “I try not to know where he is cause then it makes me extra nervous,” she said. Unfortunately for the model, someone had already given her her husband’s seating location for this year’s taping. Now that Lily knows where Caleb is seated, she has something special in store for him on the runway. “I’ll give him a little wink and a kiss,” she revealed.

One member of the model’s family who won’t be present to see her walk the runway live is their 3-year-old daughter Dixie. Instead, the mother-daughter duo will watch the show once it airs. “I show my daughter the next morning cause it airs a little late for a 3-year-old,” Lily said.

When the two watch the show together, Lily says Dixie likes to mimic her, plus she gives shout-outs to her mother's girlfriends on the runway. She explained, “[Dixie] knows all my friends. She’ll be like ‘That’s mommy!’ ‘There’s Candice.’ ‘There’s Behati.’" 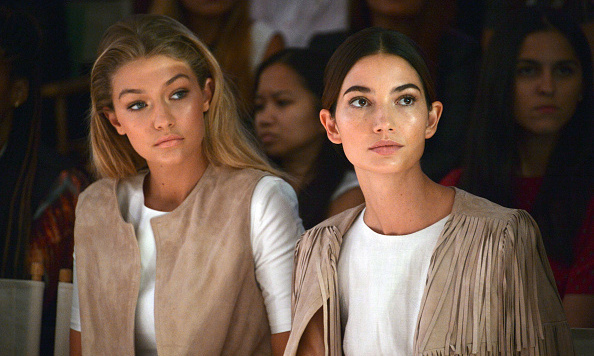 Lily’s daughter is already familiar with one of the newer faces to grace the Victoria’s Secret catwalk this year, Gigi Hadid. Lily added, “[Dixie] loves Gigi. Gigi and her FaceTime.” 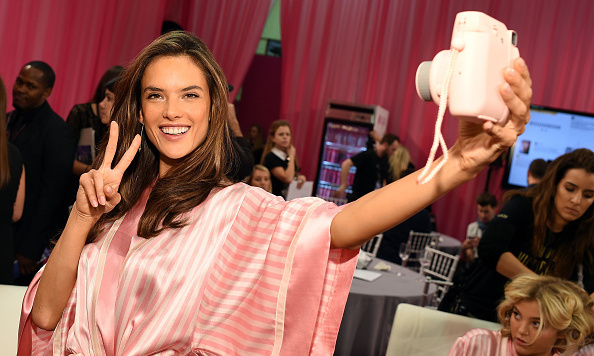 Fellow VS Angel Alessandra Ambrosio also revealed on Tuesday that she enjoys watching the taped show with her daughter Anja. She told HELLO!, "She loves it." And like mother like daughter, Anja loves to act like her supermodel mom "blowing kisses" on the runway. "I think she does [it] better than any of us," Alessandra said. "She does it more real than any of the girls here, so she’s pretty good, you know, she just pretends."