Halle Berry isn't letting her divorce get in the way of her happiness! The 49-year-old actress sat down for her first interview to talk about how she is doing since announcing her divorce from Olivier Martinez. "I'm doing okay," Halle said during her interview with Extra. "I really am. I keep pushing and I'm really happy to be here." 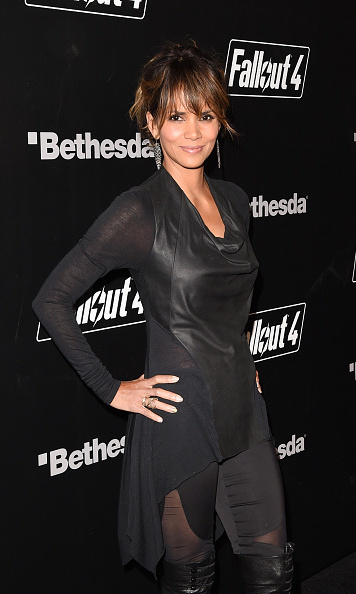 The mom-of-two, who spoke during her charity event benefiting domestic violence prevention and intervention at the Los Angeles Jenesse Center on Wednesday, continued: "Whenever you're going through anything in life, when you step outside yourself and focus on others, that's always the best remedy for any situation that you'd rather not be dealing with."

Halle and Olivier, 49, were married in 2013 and are parents to 2-year-old, Maceo. The former Bond girl is also mother to 7-year-old Nahla, who she had during her previous relationship with ex-boyfriend Gabriel Aubry. Halle also had two previous marriages, one with singer Eric Benét and another with David Justice.

When asked if her daughter realizes how strong her mother is, Halle responded, "Oh yeah, you should be in my house." 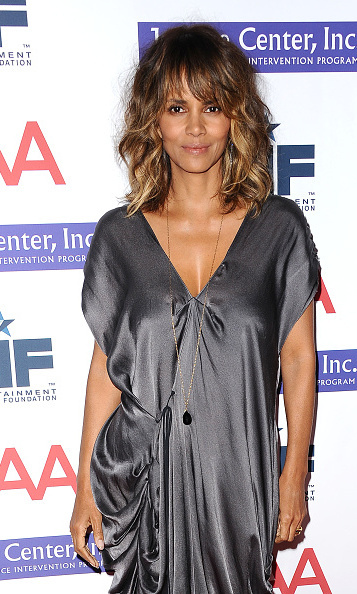 The Extant star also shared that for Halloween her daughter dressed up as a zombie cheerleader, while she was a "sexy pirate." Unfortunately, little Maceo could not participate in the Halloween fun because he had chicken pox.

As for the fast approaching holiday season, the beauty told reporters at the Fallout 4 video game launch on Thursday in L.A. that her family can't wait to get the tree. "Finding the perfect tree is what we are all about in our family. It's the funnest part of the holiday season for us is decorating the tree."