Carrie Underwood has come along way since American Idol, but getting to where she is today has not been an easy feat. "Women have to work harder to get half the recognition," Carrie tells Cosmopolitan in their upcoming December issue. "I am one of the lucky ones." 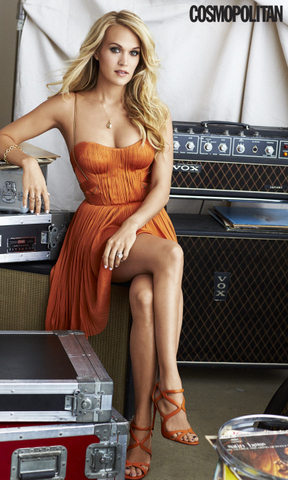 The 32-year-old, who is hosting and performing at the CMA Awards November 4, admits, "When I am onstage, I am not Carrie: I am Carrie Underwood." And while her lyrics might sometimes send a certain message, they are not reflective of her state of mind. "Obviously, I would never run off to Vegas and get drunk and marry a guy or trash some guy’s car," she continues. "But everybody has had somebody who's cheated on them or some jerk they dated." 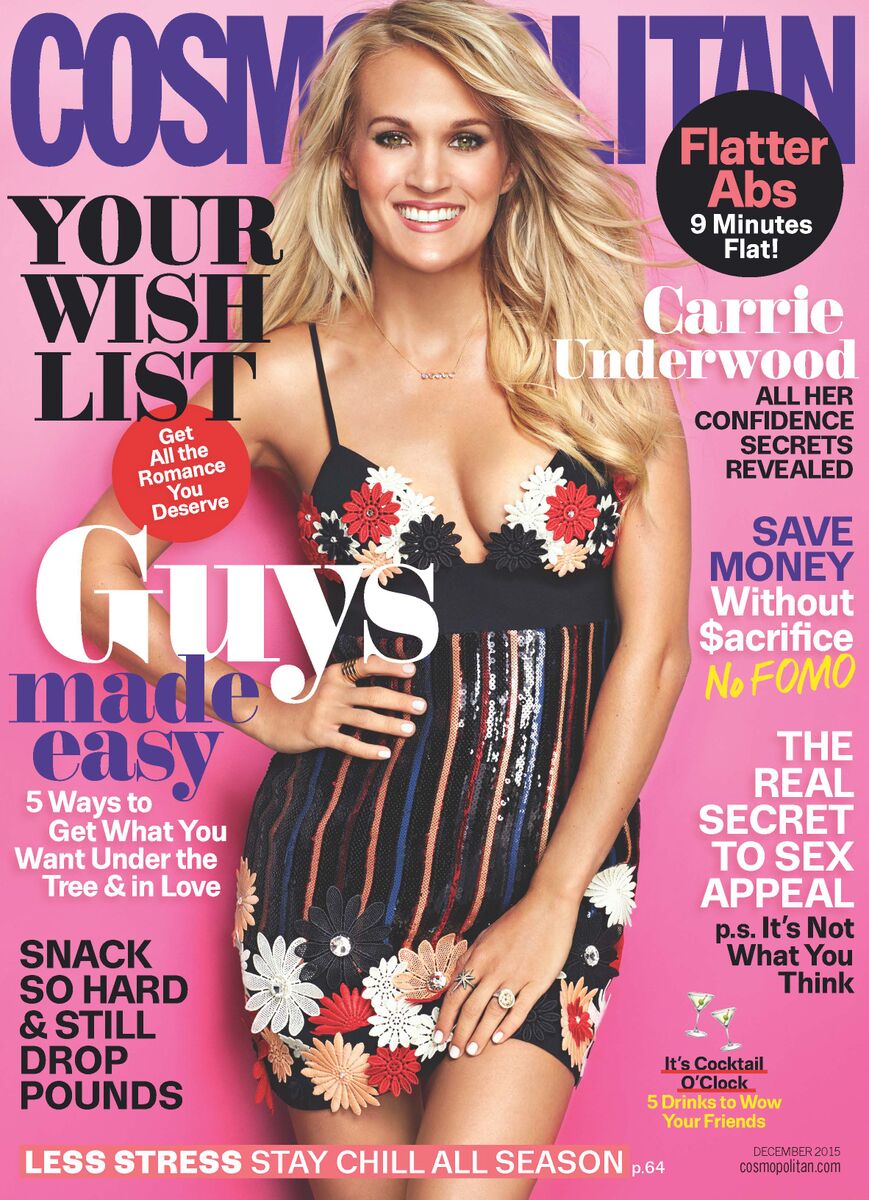 Luckily that's not something the "Before He Cheats" singer has to worry about. The country crooner, who also scored a nomination for Best Female Country Singer at the upcoming People's Choice Awards, has been married to hockey player Mike Fisher for a little over five years. The couple welcomed their first child, Isaiah, in March, and while it seems that everyone in Hollywood is "dropping like flies," Carrie assures the mag that she and Mike "are good."

She says, "It helped that we were both established before we were married. Neither one of us could be like, 'I didn’t know it would be like this!'"

Carrie has been busy promoting her new Storyteller album which landed at number one on the Billboard Country charts.