#Twinning! Meet Konrad Annerud, the Swedish bartender who shares an uncanny resemblance to a young Leonardo DiCaprio. The 21-year-old has become a hit on Instagram, amassing over 54,000 followers because of his likeness to the Hollywood star.

In addition to their physical similarities, Konrad seems to favor a similar fashion style that the 40-year-old actor used to rocks in the 90s, opting for leather jackets, tight jeans and boots. 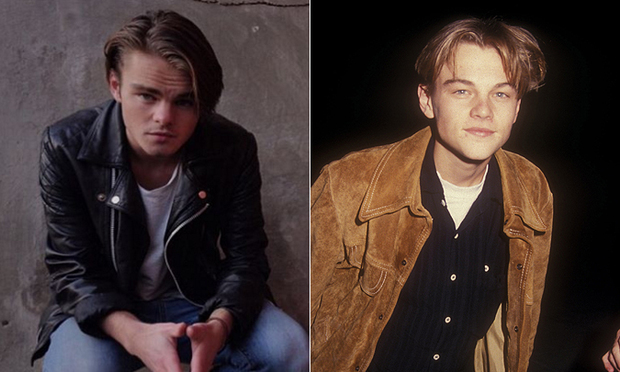 Slicking back his dirty blonde hair and nailing the smoldering Leonardo glare in his Instagram pictures, the likeness between the Inception actor and the young Swede was noticed by local paper nyheter24.se who interviewed the aspiring singer. “I get to hear that I look like him quite often, especially since I work as a bartender in a nightclub,” said the Leonardo look-alike.

However, he admitted that sometimes his looks can be quite a burden. “It can be quite annoying sometimes when people call me ‘Leo’ instead of my real name,” he said. “When I was in Italy this summer, I almost felt like shaving my hair off. It was very chaotic, people were yelling ‘Leo’ and wanted to take photos with me all the time. It was one of the craziest things I’ve ever experienced.” 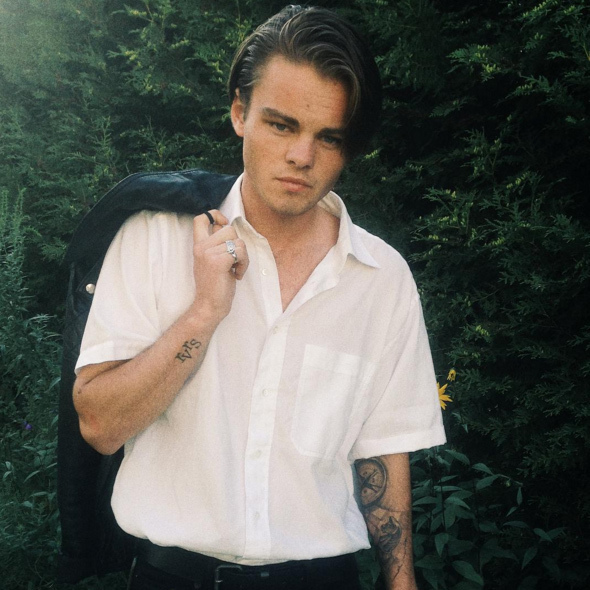 It isn’t all bad though as Konrad admits: “But it’s fun to be like him, he’s handsome!”

On the other side of the world in Hollywood, Leonardo is gearing up for the release of his latest film The Revenant, in which he stars with Tom Hardy. The movie, set to be released on Christmas Day, is inspired by true events and follows explorer Hugh Glass, played by Leonardo, who attempts to navigate himself back home after being attacked by a bear in the American wilderness and left for dead by the other members of his hunting team.