Move over, Pretty Woman! Mad Men star January Jones stepped into fashion's past at the Veuve Clicquot Polo Classic in Los Angeles on Saturday, channeling one of Julia Roberts' outfits from the 1990s classic for the day. 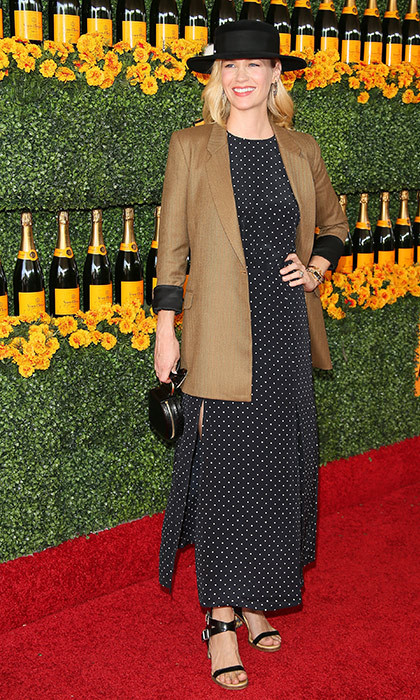 Echoing one of the movie's most iconic scenes, January wore a polka-dot Zimmermann dress and Reformation blazer, topping off the outfit with a flat-brimmed Eugenia Kim hat. "I’ve never been to a polo match so the only reference I had was Julia Roberts in Pretty Woman!" she said.

But thanks to her 4-year-old son Xander, she'll be referencing a different movie with her Halloween costume this year. "I'm Claire from Jurassic World, per my son's request," January confided, adding that her son will also be wearing a costume inspired by the movie. "He is a T. rex and the dog is a raptor." 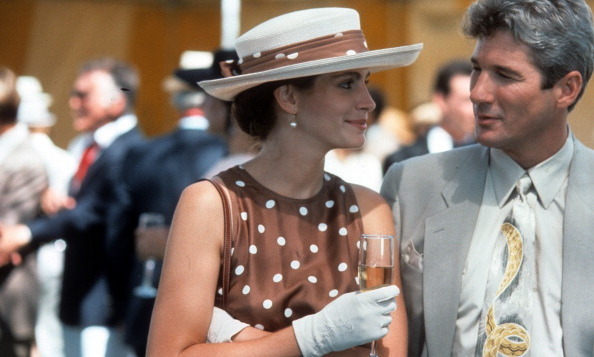 "I've never been to a polo match so it was the only reference I had!" she explained about finding inspiration in the 1990 film Photo: Getty Images

The Mad Men actress welcomed her son in September 2011, and she says he is growing up fast. "He just turned four. I mean every day is something different. He's a very smart kid," January told HELLO!, adding: "He's got his own personality, he's very interesting. It's been fun."

She loves talking about being a mom, but when it comes to giving advice about losing weight post-childbirth, well, she doesn't have much. The star explained that she had a unique experience following her return to the Mad Man set after welcoming Xander.

"I ate! I was shooting Mad Men and I was in a weight gain suit at the time so I didn't feel any pressure to lose weight," she said. "The only thing, I did a lot of yoga when I was pregnant. But I hate exercising. I'm not the right one to ask."