The 80s were quite the time for Jane Fonda! The 77-year-old actress revealed that she shared some fun in the pool with Michael Jackson and Greta Garbo while she was filming On Golden Pond. "I went skinny-dipping with him," she quipped during The Hollywood Reporter's Hollywood Master's interview session. "Also by the way with Greta Garbo." 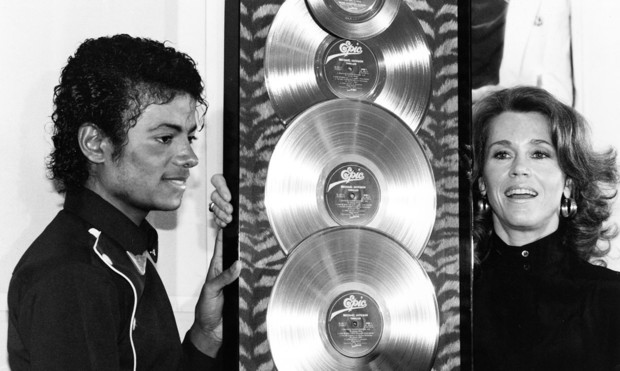 The actress admitted that her co-star and mentor Katharine Hepburn was not thrilled when the King of Pop decided to stay at their residence in New Hampshire for 10 days, but quickly warmed up to the late superstar when she learned he wanted to be a movie star. "You know, so she had that attitude about allowing a young kid that she’d never heard of … But she accepted him; he wanted to be a movie star — he had just finished doing The Wiz," she shared.

Michael certainly had the best education when it came to acting by witnessing the movie magic from set. The Newsroom actress explained: "He had a tape recorder with him, and every day I would bring him to the set and in between scenes she would sit down in a chair and pull over a chair for him and tell him stories for example, she talked about Laurette Taylor, probably one of the great American actors of all time." 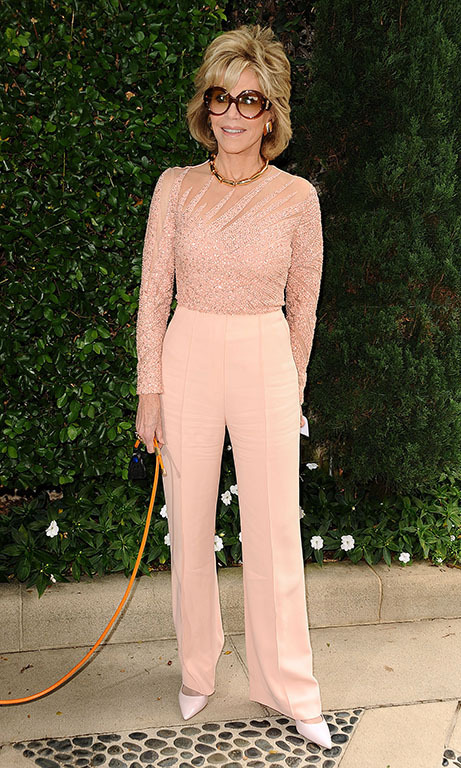 She continued: "And she said to Michael, 'She wasn’t hungry anymore.' What a great thing to say to a young, rising star like Michael: You gotta stay hungry. Don’t ever phone it in. Don’t ever take it for granted. You know what I mean?"

Although this is the first time that Jane has shared this particular memory with Michael, the Grace and Frankie star has opened up about her past in her memoir "My Life So Far."

In December, the Academy Award winner will hit the big screen alongside Michael Caine and Rachel Weisz in Youth.