Megan Fox has a twin! The Teenage Mutant Ninja Turtles 2 star took to her Instagram to show off a picture of her and Brian Austin Green's youngest son. "Bodhi: Stunner. Clown. Unicorn," she captioned the picture of her 20-month-old son Bodhi, smiling into the camera on Wednesday. 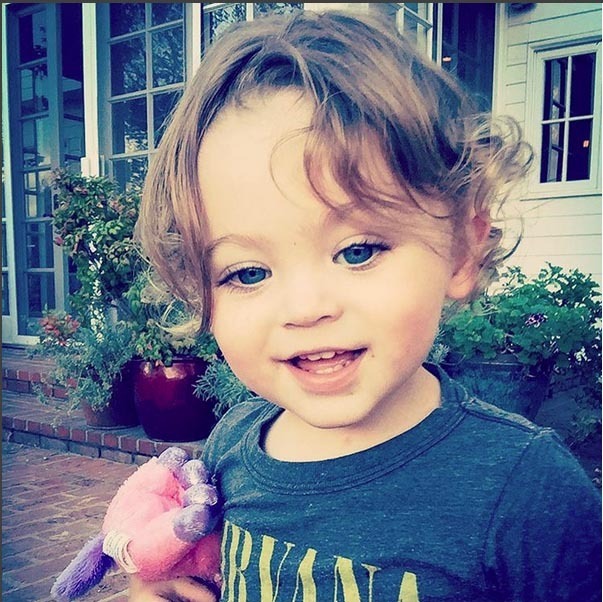 Stunner is right. Megan's mini-me has piercing blue eyes just like his mom. The 29-year-old's baby boy is showing off his rock star side in an adorable Nirvana t-shirt. Absent from this photo was Megan and Brian's oldest son Noah, 2.

Last year Megan dished about what it is like being a mother to two young boys. “As a mom it’s hard because I don’t feel like I’m ever giving either one of them 100 percent of my attention or 100 percent of myself, so I carry a lot of guilt,” she told Parents magazine.

She continued: “Do they each understand how special they are and how much I love them? And are they understanding that they’re unique? It’s hard to make each one feel like an individual when you have to raise them together and manage them together all of the time.” 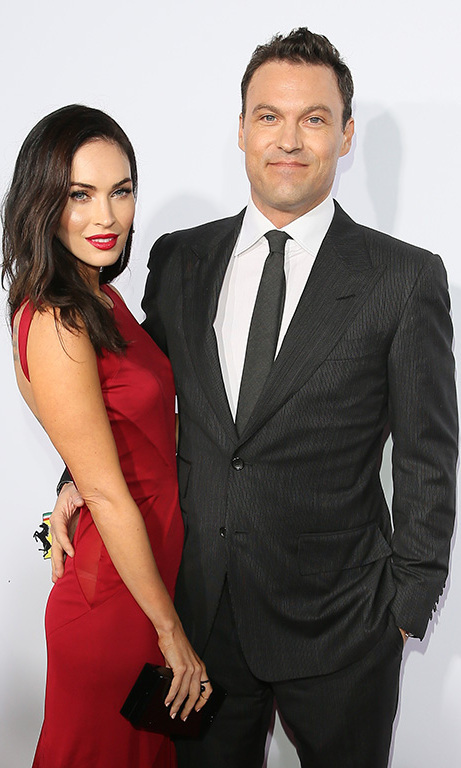 Megan and Brian officially filed for divorce in August after the actress secretly filed to separate from her husband of five years back in June. The former couple, who still seem to be cordial, were recently spotted hanging out and enjoying some quality time with their two boys at a park in Los Angeles.

The actress hasn't made any comments about her split, but took to her Instagram last month to break her 23-week social media hiatus after the news of her divorce spread. "Hi. I'm still here, I just continue to have an angsty relationship with social media. But what better way to express my apprehension than with a selfie. This time in black n white," she captioned the photo that showed off her sultry pout and blue eyes.