If you haven’t already guessed from the name of his show – Chrisley Knows Best– patriarch Todd Chrisley pretty much knows it all. As much as he causes his family to roll their eyes at some of his outlandish comments, it was his request three years ago for wife Julie to get a mammogram that ultimately saved her life.

“It was an intuition on his part,” Julie tells HELLO! of his insistence she get screened. “I had no family history. I did not feel anything prior." Doctors discovered a malignant lump, and the reality TV star, who was not yet 40 at the time, was diagnosed with breast cancer. "I am really glad I went when I did," she adds. "If I had waited another year, [the odds] may not have been what they were.” 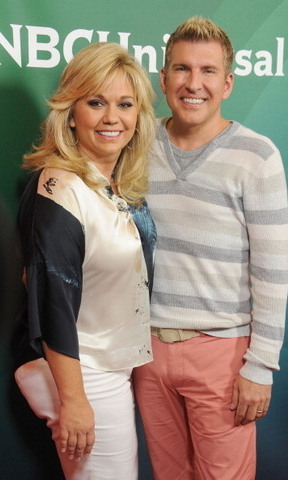 "It was an intuition on his part," Julie says of husband Todd's insistence she get a mammogram Photo: WireImage

After the diagnosis, the 42-year-old began investigating her best plan of action. “I was diagnosed on March 5; I had my double mastectomy on March 22,” she explains. “I didn’t waste any time. The minute I was diagnosed, I started researching. Todd and I sat down and discussed. I had to do what was best for me and my family. I didn’t want to place the burden on my children more than I had to. I had teenagers and a 6-year-old.”

Now celebrating three years cancer free, Julie, who also underwent reconstructive surgery and later got a hysterectomy, continues to share her story in the hopes of helping other women. Last month, she made her way from Atlanta to New York City for the Susan G. Komen Race for the Cure 5k in Central Park. “It warms my heart to hear other women’s stories. So many women feel like they don’t have anybody to talk to,” she says. “I have women that come up to me all the time. I’m grateful to be able to give that back.”

It’s hard to believe that an estimated 2.8 million women in the U.S. have fought or are currently fighting against breast cancer. This year alone, Rita Wilson, Shannen Doherty and Sandra Lee have all shared their brave stories about their treatment and diagnosis. “Once you’re diagnosed, it’s such a personal thing. I have followed all these women,” Julie shares. “The more it’s talked about, the more men and women will know. There is no reason to keep it quiet; let’s talk about it. If it helps one person who was putting off getting that mammogram, then I feel like what I went through is not in vain at all.” 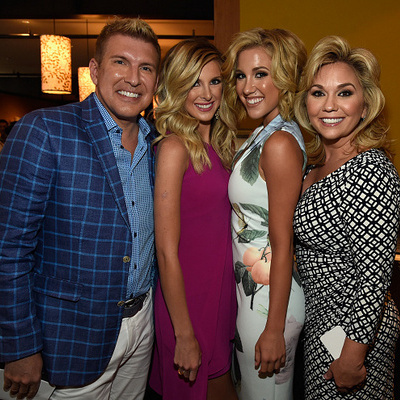 And while sharing isn’t for everybody – Julie points out that Jackie Collins, who passed away from breast cancer on September 19 at 77, made the right decision for her to keep her diagnosis close to the vest. “She lived her life on her own terms,” she adds. “As women, we have that prerogative whether we chose to have a double mastectomy or the path she took. It’s not up to any other person when it comes to this. You have to educate yourself and do whatever you feel is best for you.”

Perfect example: Angelina Jolie. “She made that decision [to have a preventative double mastectomy] based on education and her experiences,” Julie explains. "I commend her.”

The mother of three and stepmother of two does encourage women to get them at 40 and up. “Just go, take the time to go,” she says. “A mammogram is nothing. I recommend going as early as you feel comfortable.”

And so does Todd.

Chrisley Knows Best returns to USA on November 10 at 10/9C.