Keanu Reeves might not be the most active of celebrities on social media, but he certainly knows how to create a fantastic Instagram photo when he wants to! Having fun with his Knock Knock co-star, Cuban actress Ana de Armas, he struck a hilarious pose for a snap which the starlet posted online.

The cute pic shows the two with their arms around each other, hamming it up for the camera. "Press day with 'Monster' is done!," 27-year-old Ana captioned the photograph. 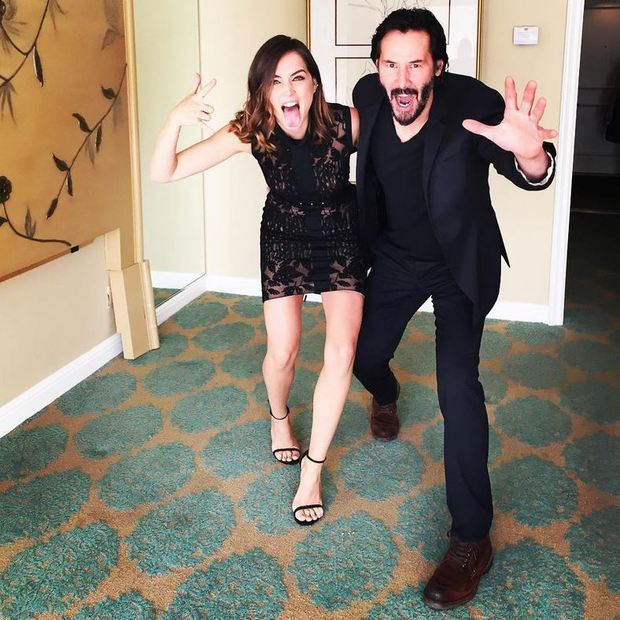 This is the second time that stunning Ana and Keanu, 51 have worked together – their other film, Daughter Of God, has yet to be released – and the two look to have struck up a great friendship.

Knock Knock premiered at the Sundance Film Festival in January and is due to go on general release next weekend. Speaking to HELLO!'s Spanish sister magazine ¡HOLA!, Ana opened up about her friendship with Keanu. "It was my first film in English," she said. "I had to work really hard on it, and Keanu adapted so well, he was so patient with me. He is a very humble person – the sort of person that you meet and want to stay friends with forever."

Yes, Mr Reeves, see you next Wednesday for the premiere.  #knockknock

The film, directed by Eli Roth, tells the story of a devoted husband and father who, while alone for a weekend, finds it impossible to resist the charms of Ana de Armas and Lorenza Izzo's characters – only to find his life a living nightmare the next day when the pair decide to wreak havoc as revenge for his infidelity.