#SquadGoals! Selena Gomez celebrated the launch of her new album, Revival, in London on Thursday, September 24, with a bunch of well-known pals. The 23-year-old was joined by Suki Waterhouse, Little Mix, Lindsay Lohan and Charli XCX (who worked with Selena on her new album) for an intimate dinner at the London hotspot Annabel's.

While there, the group was photographed laughing together before Selena, wearing a black satin strapless dress with a thigh-high split, performed her new single "Good for You." 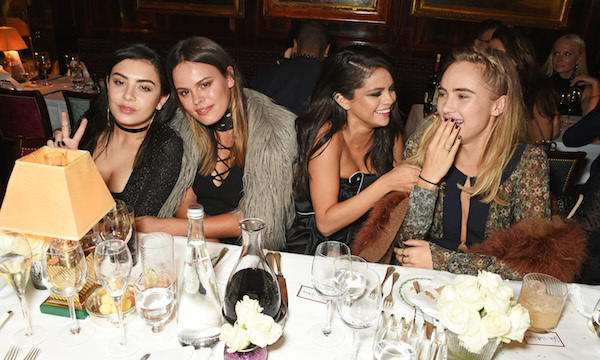 While one of her squad, Taylor Swift wasn't there, Selena spoke about her friend in an interview with the New York Times on Thursday, noting that they balance each other out. "Taylor is a lot more trusting than I am," she said. "I have trust issues, given my situation. She's very open, so she brings out this other side of me."

She also talked about another important person who was always around: her ex, Justin Bieber. The former Disney star discussed his recent comeback, saying she was always a Belieber. "While people were writing that I was stupid for being in [the relationship], this is what I always saw in him," she said. "I'm like, duh!" 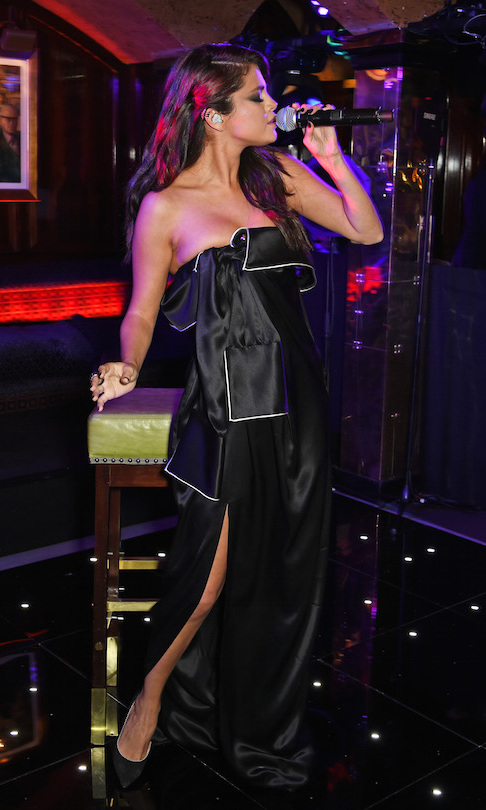 The pair dated on and off for three years, splitting in 2014. "It's all part of my story," she said of her past. "I'm growing and changing. I was in a relationship, and I was being managed by my parents, and I was still under Hollywood and Disney, and I was being held to this expectation of being the good girl."

She continued: "I knew deep down that this wasn't what I wanted to do — being exhausted of forcing something that wasn't right, even in my personal life. I had to have moments where I was crying and I was like, 'Why am I not in love with what I do?' I was forced to get very uncomfortable for a while in order to make the decisions I made."

Selena's new album, Revival, is due out October 9.