Former Real Housewife Kim Zolciak Biermann stunned fans when she annouced she had suffered a "mini-stroke" on Tuesday after returning home from her Dancing With The Stars appearance. The reality TV star revealed the incident by posting a selfie snapped from her hospital bed on Instagram.

Upon returning home to Atlanta after starring in the dancing competition in Los Angeles, the 37-year-old said she felt unwell, losing all the feeling in her left side and the ability to speak. 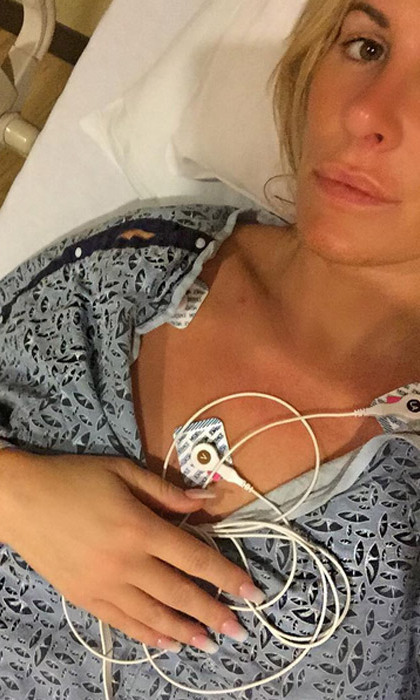 Thankfully the mom-of-six was with her husband Kroy Biermann, friend Niki Toney-Pressley, daughter Brielle and Brielle’s boyfriend Slade Osborne, who were able to act quickly and get her to the hospital as quickly as possible.

Letting her fans know about the incident, alongside her Instagram photo Kim wrote: "The last 24hrs have been whirlwind! I landed yesterday morning from LAX (took the red eye right after DWTS) I got home and within minutes suffered a TIA (mini stroke) the left side of my body went completely numb and my speech was gone.

"I have 100% of my feeling back THANK GOD. Still in the hospital but I just know I'm getting released today!" 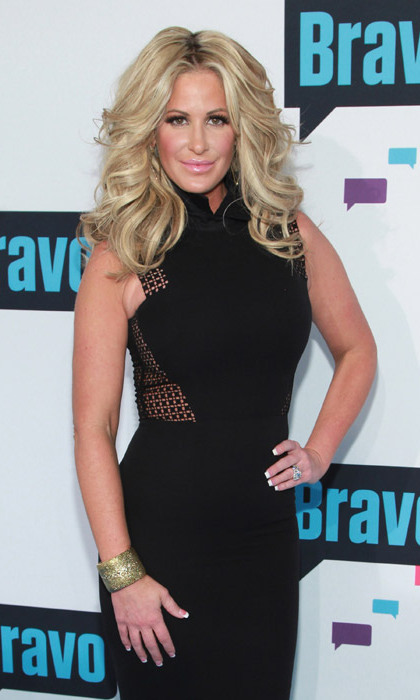 The Real Housewives of Atlanta star had just returned home from appearing on Dancing With The Stars Photo: Getty Images

As far as her performance before the mini-stroke, the Real Housewives of Atlanta star received encouragement from the judges, but still only managed to score 18 points. Unable to hide her disappointment she pouted, and said: "Triple six, nobody likes that."

But fortunately Kim survived the public vote and was relieved to hear that she will continue in the competition.