Friendly exes Bruce Willis and Demi Moore reunited on Monday night to watch their oldest child, Rumer Willis, make her Broadway debut in Chicago. The Dancing with the Stars alum is playing Roxie Hart in the long-running musical, and her proud parents were there to cheer her on, along with Rumer's sisters, Tallulah and Scout, and Bruce's wife, Emma Heming. 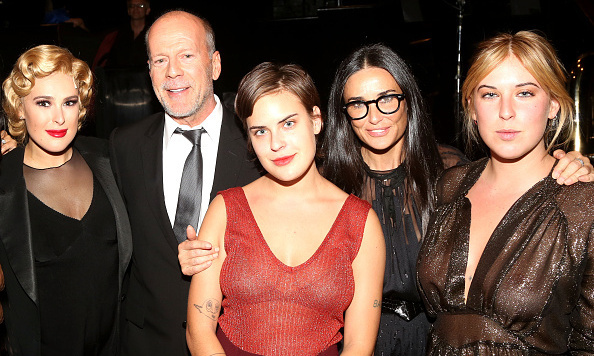 Rumer, 27, who will be in the Broadway show till November 1, shared a photo on Instagram on Tuesday with her family and wrote, "These people are everything to me. I would never had made it to that stage without you guys. Thank you to my amazing parents for supporting me my whole life and thru all my crazy ideas and adventures and pushing me to be the best version of myself and to my sisters for being my partners in crime, my confidants and for always letting me be my goofy unabashed self. I love you all." 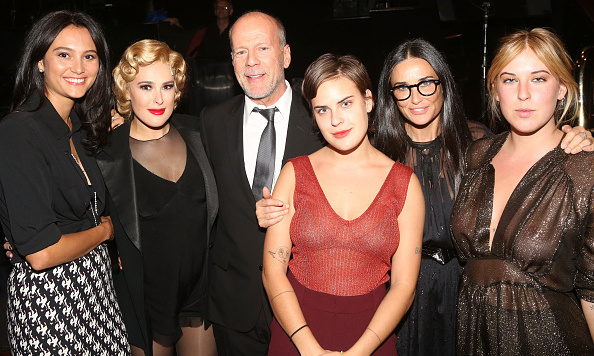 Rumer's debut had been postponed due to a nagging foot injury, but she dazzled as she kicked up her heels on stage at the Ambassador Theatre on Monday night.

Her proud stepmom posted an Instagram pic with Rumer and Bruce, 60, writing, "Beaming with pride! Still buzzing from her performance last night. You never fail to amaze us."

Beaming with pride! Still buzzing from her performance last night. You never fail to amaze us @ruelarue #RumerIsRoxie @chicagomusical

And sister Tallulah, 21, shared a fun pic with Rumer and Scout, 24, in front of the theater. "YO SO F---ING PROUD OF YOU RUBLES!!!!!" she wrote. "An indescribably special experience to see you tonight on broadway @ruelarue I love you so much sestra."

Bruce and Demi, 52, who divorced in 2000, were also in the audience when Rumer competed on Dancing with the Stars earlier this year. "When their father and I decided to divorce, it probably had the biggest impact on her," Demi said of Rumer in an interview that aired on the reality competition in May.

The couple's oldest daughter grew up in the spotlight, but when she got to her teens, the scrutiny became harder for her to handle. "Media attention is tough when you are a kid, it is definitely weird to have that be such public knowledge," Rumer said. "A couple times, things would happen in my family — whatever drama it was — I couldn't leave my house for a week. As I got older and people started you know, commenting on how I look, that's when it really started to affect me."

Demi, who divorced third husband Ashton Kutcher in 2013, admitted she was concerned when Rumer said she wanted to do DWTS. 'My whole insides, I have to be honest, were screaming 'No,' " the Ghost actress said. "But, one of the most beautiful things that I've witnessed is watching her passion become greater than her fear... It has nothing to do with her being my kid or Bruce's kid, it has everything to do with just who she is."