On screen she often plays an untouchable ice princess, but in real life Nicole Kidman is not anything close to that. The Oscar winner is a loving mom to her kids and a doting wife to husband Keith Urban. While at first they might look like an odd couple — the long-haired, tattooed country rocker, and the elegant, willowy actress — the pair will be celebrating 10 years of marriage next June. 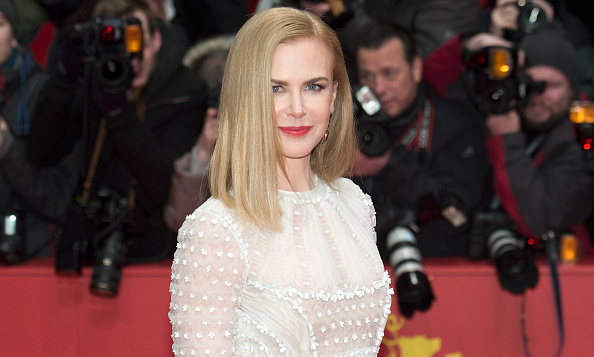 As Nicole explains in a new interview with DuJour, the secret to their successful relationship is making time for one another, even if that means flying halfway around the world just to spend a few hours together. And that's just what Keith, 47, did for the opening night of Nicole's London play Photograph 51 on September 14.

"I have an incredible husband who is so willing to get on planes and fly places, even if it's for a night," she shared. "I had an opening of the play three nights ago, and he's in the middle of a tour in the States. I said, 'It's too much for you to have to fly all the way back, don't worry,' and he said, 'I'm flying.' He flew 10 hours to come and be with me for the night, and then he flew back and did a gig. That for me is love in action. That's extraordinary. But I would do the same for him and that’s what we’ve committed to as a couple." 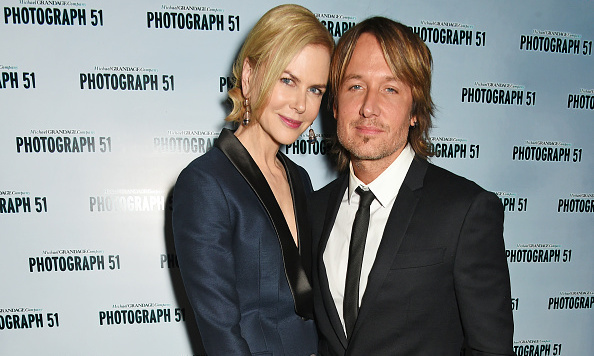 The 48-year-old, who has two older children, Isabella, 22, and Connor, 20, with ex-husband Tom Cruise, and two daughters, Sunday, 7, and Faith, 4, with Keith, makes the same time commitment to her kids. "I have four children, so to stay in touch with them is very important," she said. But while she relies on technology to keep in touch with the older kids, Nicole insisted "I don't let it rule my life."

"I love getting down on the floor and playing with my kids," she continued. "I read an article that says it’s so important to actually get down on their level and play with them for an hour a day. So I do that, and I love that. It brings back the child in me."

And while they might be miles apart, Nicole says she and Keith don't rely on text messages and emails to stay in touch. "My husband and I never text each other. We never do. Once in a blue moon, we'll text. But mainly we say, 'I want to hear your voice,'" Nicole added. "That's very unusual but we've been together for 10 years. We started like that, and we haven’t changed it. We don't email each other either. So it’s about trying to keep it as intimate and personal as possible."