Ryan Reynolds has had a year of dazzling highs and devastating lows. The best moment came in January when wife Blake Lively gave birth to their first child. But instead of being able to cherish his first days with daughter James, the protective papa was dealing with being betrayed by one of his best friends.

As any excited new parent does, Ryan had sent photos from the delivery room to his nearest and dearest, and he was shocked when one of those people tried to sell the pics to the highest bidder. 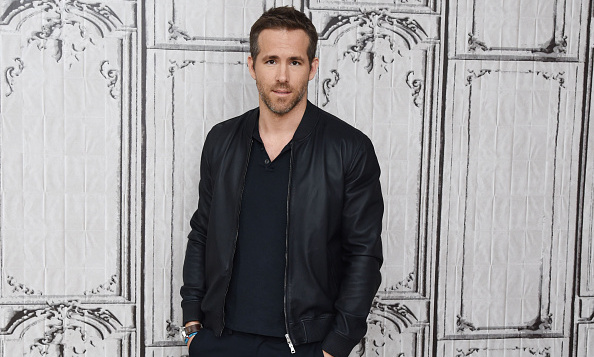 "A guy that I’d known for my whole life, one of my closest friends growing up, he had been shopping pictures of my baby around," the Mississippi Grind star revealed in the new issue of GQ. "It was a slightly dark period. A bad couple of weeks."

Ryan, 38, explained that his childhood pal of 25 years did it for the money and didn't think he would get caught.

"It was, like, so kind of shocking," he said. "There isn’t really a conversation to have. It's just, 'Oh, well, now I'm never going to see you or talk to you again, unfortunately.' "

Ryan said the betrayal "was like a death. It was like one of those devastating things to find out."

If anything it probably ended up drawing the new family unit even closer together. "There is this kid here that I would walk through fire for," he told GQ, before joking, "Or maybe not fire. Like, a very hot pavement, I'd walk through. A shag rug."

Ryan and Blake share the responsibilities of looking after their now 8-month-old daughter. "I like being a father. I like having a daughter," he said. "I would like to have more kids. You know, it seems to suit me pretty well."

He's also learned some new things about himself.

"I feel like I could sometimes have a bit of a short fuse, but there’s just been this weirdly endless supply of patience," he said. "I have no problem waking up five times in the middle of the night and changing diapers, and as exhausted as you get, I have this stupid grin on my face all the time. And that’s not because I have a nanny or something like that. It’s just us right now, and I love it."

In an interview on Live with Kelly and Michael on Monday, he talked about being up all night looking after James as she battled her first fever. Let's just say he was traumatized by the concept of taking his baby's temperature rectally.

His biggest concern was that it would leave a bad impression on his baby. "You can't help but think this is going to leave a lasting mark. I'm going to be walking her down the aisle years from now and she's going to go, 'I know what you did!' "

There's something else in Ryan's life that has left a lasting impression along with some regrets – his numerous tattoos.

"I wish I didn't have them now," he admitted.

"I have the doctor who will get rid of them," Kelly Ripa told him, explaining that she'd had the procedure done herself.

"They numb you, they numb the area, and you're like, 'What's the big deal? Why is everybody upset about this? It's not even painful at all,' " Kelly said. "And then the numbing agent wears off and then for the next week it's really painful."

"Oh god," said Ryan, who suggested an alternative to the procedure. "I want numbing agent for my eyes" to make looking at them less excruciating.