Viola Davis has made history as the first black actress to win an Emmy for outstanding lead actress in a drama series. The 50-year-old star was honored for her role as Professor Annalise Keating in How To Get Away With Murder at Sunday's 67th Emmy Awards, and received a standing ovation from the crowd after giving an emotional and powerful acceptance speech. 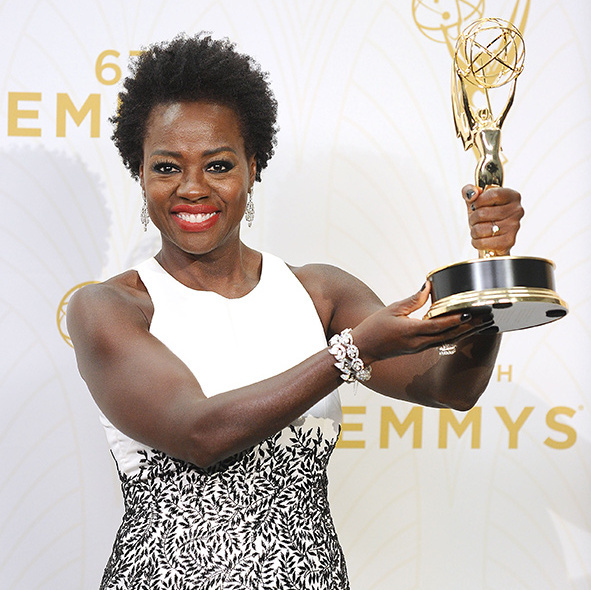 "But let me tell you something, the only thing that separates women of color from anything else is opportunity. You cannot win an Emmy for roles that are simply not there," she added. "Here's to all the writers, awesome people."

Viola wasn't the only star breaking records at this year's ceremony. Jon Hamm won the award for outstanding lead actor in a drama series for his role as Don Draper in Mad Men. The actor, 44, had been nominated 16 times in the past – eight for lead actor for his portrayal of Don – and finally took home his first Emmy on Sunday night. It was his last chance at winning the award for Mad Men, which concluded its run earlier this year. 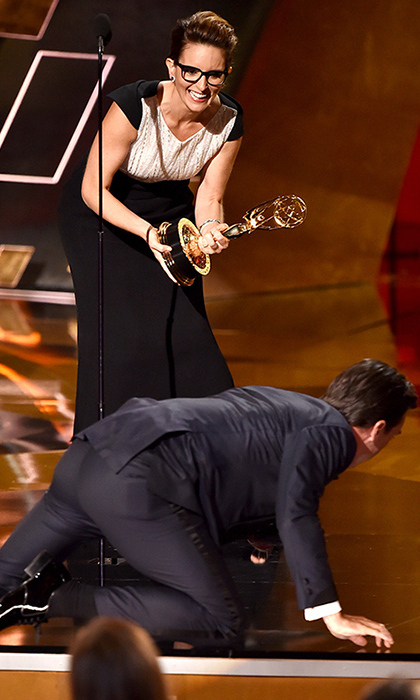 Jon crawled to the podium for his award Photo: Getty Images

Jon notably thanked his ex-partner Jennifer Westfeldt, who he split from earlier in the month after 18 years together, as well as their dog Cora. "It's incredible and impossible for me personally to be standing here so I want to thank the people to whom I owe an incredible debt,” he said. "Cora and Jen, thank you all very much. I would not be standing here without you." 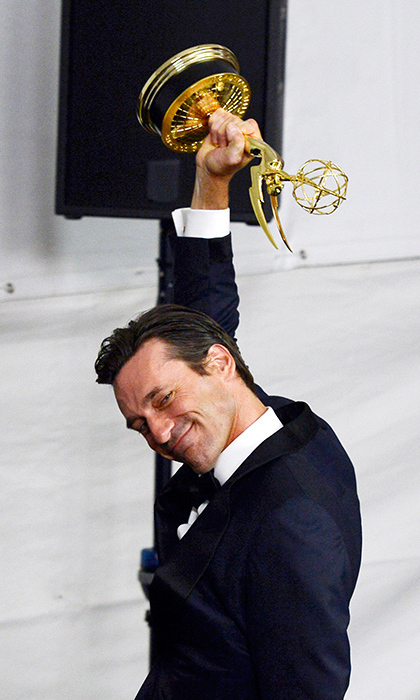 Sunday night also saw Game of Thrones become the most accoladed series in Emmy history. The fantasy drama took home a stunning 12 awards on the night – the most of any series in a single year. Its final win, for outstanding drama series, made GOT the first fantasy program to take home an award in the category.