"Where's the fire?" That's what Jessica Alba was thinking when she was rudely pushed to one side by Kylie Jenner's bodyguards at the Opening Ceremony show during New York Fashion Week. "I was just really shocked," she told Andy Cohen on Watch What Happens Live on Wednesday. "I got like body checked … It was like, by two of them. I was like, 'Whoa, whoa! What's happening?'" 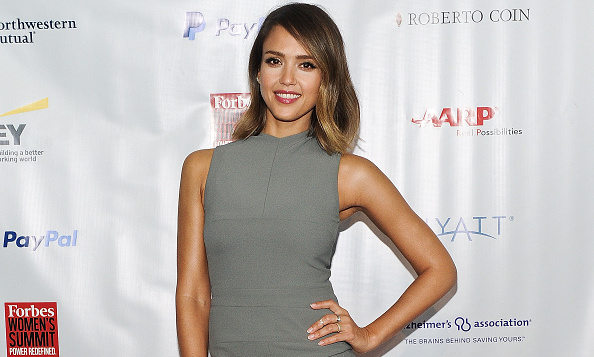 Jessica Alba was "shocked" when she was pushed Photo: Getty Images

The New York Post reported that the venue was packed with people and there was a crush as everyone was trying to leave on Sunday. Jessica had apparently stopped to say hi to someone when all of a sudden Kylie's bodyguards came from behind and shoved the Sin City star out of the way.

"I thought there was like a fire," Jessica, 34, said. "I was like, 'What's going on? But I guess someone was just leaving the building."

Kylie, 18, has yet to comment about the incident, but it seems that Jessica is just trying to follow the advice of her new pal Taylor Swift and "shake it off."

WATCH JESSICA'S APPEARANCE ON WWHL BELOW

Jessica also talked about shooting the "Bad Blood" video with Taylor. She admitted that she really didn't know the singer before being asked to join her in the star-studded video that also includes Gigi Hadid, Lily Aldridge, Hailee Steinfeld, Martha Hunt and more.

When asked who her favorite member of the Swift Squad is, she said there were "so many," but offered up Lena Dunham. The song is rumored to be about Taylor's feud with Katy Perry , but Jessica said there was no talk of that on the set while they were shooting. "I don't know" if it's about her, she said.

"She's so nice," Jessica replied when asked if she'd seen Taylor do anything weird on set. "That's what's weird, she's actually very very nice. Cause I don't know, I just didn't expect that. She's literally the nicest person and kind and fun."