Since marrying René Angélil in 1994, Celine Dion has stuck to the vows of in sickness and in health as she has been by her husband's side throughout his battle with throat cancer. And for the singer, she insists she will be there until the end.

The 47-year-old has bravely opened up about how she and her family are coping with René's illness and explained why she is returning to her Las Vegas residency now following a year-long hiatus. "I didn't want to be here at first, I don't need it. Don't get me wrong, I love singing for people, but I have priorities," Celine told USA Today of her return to Las Vegas. "But René really gave me a gift. All my grieving, it was during this last year. I think I've got this. For now. When it hits me, it's going to hit me. But my biggest job is to tell my husband, we're fine. I'll take care of our kids. You'll watch us from another spot." 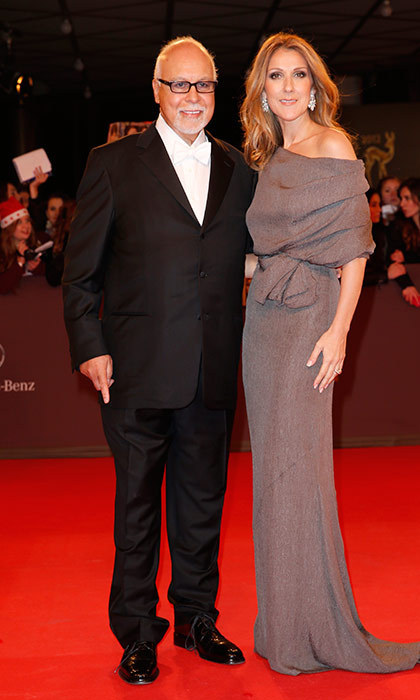 Celine Dion has been with her husband every step of the way Photo: Getty Images

René was diagnosed with throat cancer in December 2013. It is the second time the music manager has battled cancer, but sadly this time it appears René is fighting for his life. "We have asked (doctors) many times, how long does he have, three weeks, three months? René wants to know. But they say they don't know," Celine explained.

The "My Heart Will Go On" singer says that she and her husband have had many emotional conversations over the past months with René sharing his greatest fears and wishes for the future: "I'll say, 'You're scared? I understand. Talk to me about it,'" Celine confided. "And René says to me, 'I want to die in your arms. 'OK, fine, I'll be there, you'll die in my arms." 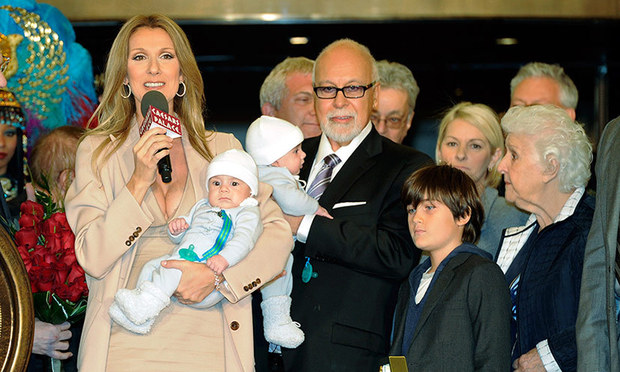 Celine and René have three children together Photo: Getty Images

The couple have three children together, 14-year-old René-Charles, and 4-year-old twins Nelson and Eddy. Celine admits that it has often been difficult for their eldest son to see his father in such poor health, although the twins "don't know their father in any other state."

While Celine doesn't know how long she has left with her husband, one thing she is determined to do is show that he can always count on her for support. "When you see someone who is fighting so hard, it has a big impact on you," she said. "You have two choices. You look at your husband who's very sick and you can't help, and it kills you. Or you look at your husband that's sick and you say, 'I got you. I got it. I'm here. It's going to be just fine.'"