It's back to work for the now Mrs. Theroux! During an interview with Good Morning America on Thursday, the actress seemed a little reluctant to talk about her August 5 nuptials to Justin Theroux, but revealed her secret to pulling off one of the biggest celebrity surprise weddings ever and mentioned feeling "deliriously happy" about her new marriage.

"Where there's a will, there's a way," she said during the interview. Jennifer and Justin positioned the wedding as a birthday party for her husband and the guests including some of the pair's closest friends such as Courteney Cox, Lisa Kudrow, Howard Stern, Jimmy Kimmel and Will Arnett. 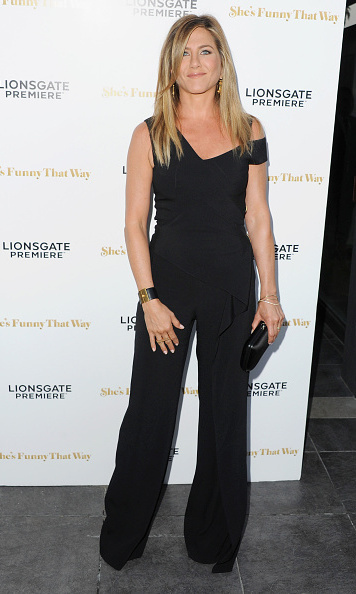 Looking tanned and relaxed, the 46-year-old stepped out on Wednesday for the first time since their surprise wedding to attend the premiere of her latest film She's Funny That Way. Justin was noticeably absent during her night out as he is back to work in Austin, Texas filming The Leftovers.

Jennifer spoke to Entertainment Tonight on the carpet and gushed about her private ceremony. "We had the beautiful luxury of having a beautiful private moment," she said. "And I'm going to be selfish and keep it that way!" 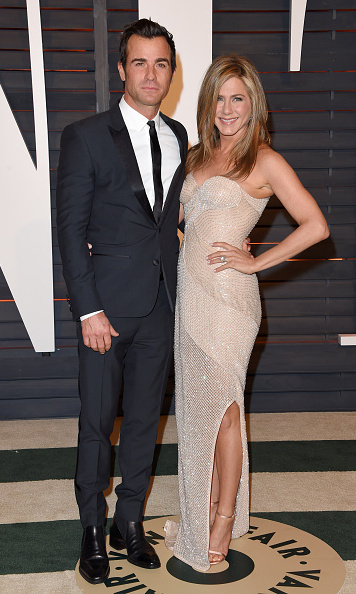 Justin and Jennifer wed on August 5 during a surprise ceremony Photo: Getty Images

Last week, Jennifer and Justin celebrated their honeymoon in Bora Bora with some of their closest friends including, Tobey Maguire, Jason Bateman and Courteney Cox.

Although she was mum about her big day, Jennifer wasn't afraid to show off her new wedding bling at Wednesday's premiere as she posed for pictures with her new Jennifer Meyer wedding band.

Click below to watch Jen talk about her big day and her new film.