Halle Berry showed off her toned figure in a see-through black number during her appearance on Jimmy Kimmel Live. The 49-year-old actress stopped by the late night talk show on Monday to promote the second season of her CBS series Extant. Before getting into the interview, Halle and Jimmy couldn't help but shower each other with compliments. 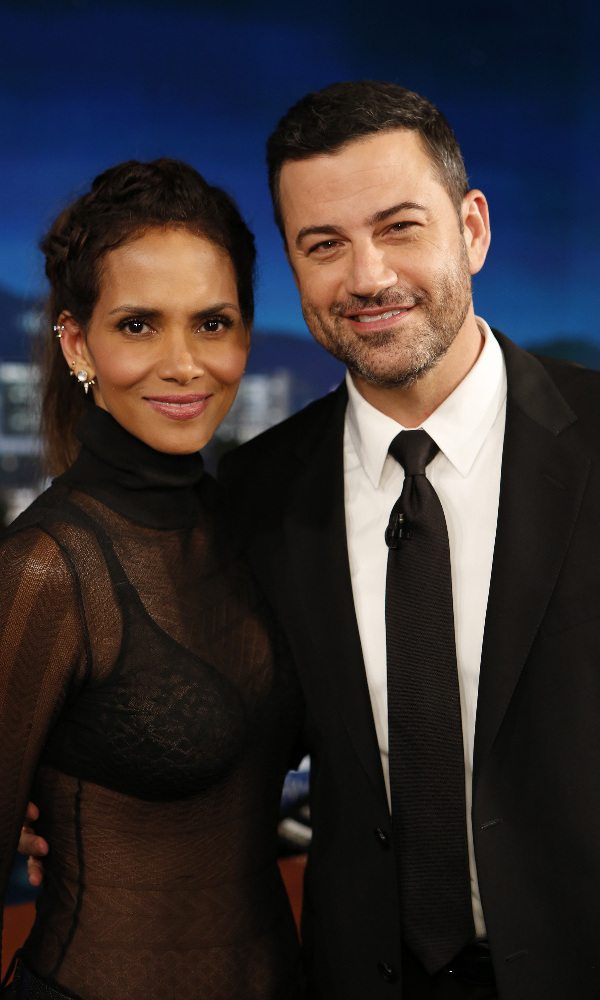 “You look so good in that beard,” the X-Men star quipped to the host on his new scruffy appearance. “I was just thinking the same thing about you,” he responded. “Thank you for wearing that tonight. Don’t think I don’t appreciate it. I really do. I think we all do, men and women alike.”

Halle’s complete ensemble included the sheer top with a black bra underneath and black pants. The actress traded in her signature short haircut for a long braided ponytail. Although the mother of two was a sight for sore eyes in her sexy outfit, the conversation shifted to her daughter and what she thinks her mommy actually does for a living.

The actress, who is mother to Nahla, 7 and Maceo, 1, shared some tidbits about getting back to work on her series. “We got a really good cast this year, we have new writers and the storyline is going in a direction that I’m really excited about,” she said. “It makes us think.”

As far as her art imitating life, Halle believes that there is life on other planets and was relieved to find out that she wasn’t alone in her thinking. “I do,” she shared when asked about her beliefs of life on other planets. “You do too? I’m glad to hear that because every time I say it people look at me like I’m a quack.”

Extant airs on CBS Wednesdays starting this fall. Click the video below to see the star's revealing look.