Orange Is the New Black actress Ruby Rose has been heating up Hollywood quickly becoming the newest "it" girl, but her fashion designer fiancée Phoebe Dahl reveals that being in the spotlight won't change their relationship.

“I know our lives will change a little bit but we’re both very modest and humble so I don’t think it’ll affect us too much," she told our sister publication in the UK, HELLO! Fashion Monthly. "If anything, we’ll be able to use the spotlight to shed light on greater world issues. I know Ruby will use it to touch on LGBT issues and hopefully I’ll be able to promote my causes, which are sex trafficking, girls’ education and women’s empowerment.” 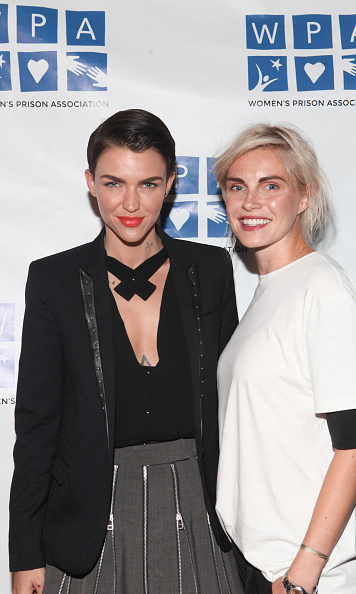 The couple, both former models, have been engaged for a year Photo: Getty Images

And Ruby's sudden thrust in the spotlight isn't the only whirlwind thing to happen to the twosome. In the candid interview for the magazine's September issue, the granddaughter of legendary Willy Wonka & the Chocolate Factory author Roald Dahl admitted her romance with the actress happened quickly as well. “Do I believe in love at first sight? I didn’t before Ruby but now I do," Phoebe added. "I have to! It happened to me – I met Ruby at a barbecue I threw a year and a half ago and we got engaged within about three months. It was all very instant...Honestly, we’re not really apart that often.” 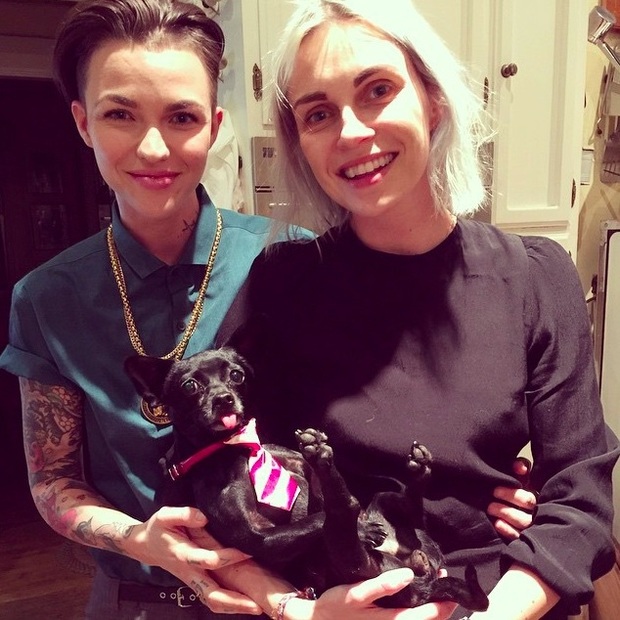 Phoebe admitted it was love at first sight with Ruby Photo: Instagram/@rubyrose

While love and work seem to be going well for the couple, their success has unfortunately put their wedding on the back burner. “We’re enjoying being engaged," notes the Faircloth & Supply owner. "Ruby wants a low-key wedding but I want a big one. I’m from a family of 50 so it’s going to have to be big. I don’t know how anyone has time to plan a wedding, we’re both so focused on our careers right now.”

Ruby Rose (full name Ruby Rose Langenheim), 29, is Australian and was better known as a model and DJ before landing her OITNB role. Sophie is 26 and was born in Los Angeles. Her clothing company donates donating one school uniform to a girl in Nepal for every dress it sells. 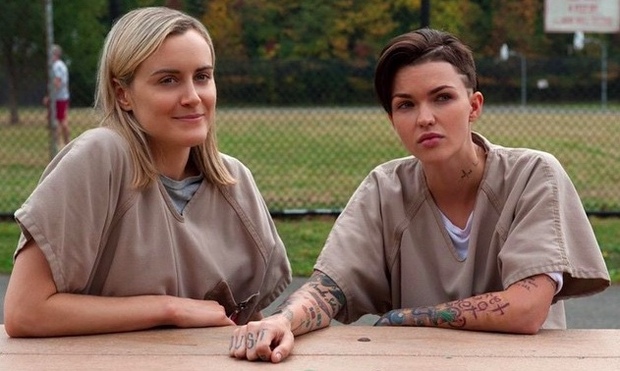 Ruby's role on Orange is the New Black has made her the latest "it" girl Photo: Instagram/@rubyrose

The philanthropic entrepreneur also opened up about her famous family, from receiving her first pair of high heels — Louboutins, of course — from cousin Sophie Dahl (an author and former model) and her favorite book by her world famous author grandfather.

For more from the HELLO! Fashion Monthly interview, download the new issue on your Android device or from iTunes.