Like father, like son! Ice Cube’s 24-year-old son O’Shea Jackson, Jr. is his father’s double. The 24-year-old actor is portraying the teenage version of his father in the N.W.A biopic, Straight Outta Compton which hit theaters on August 15.

In an interview with AP, the 46-year-old rapper turned actor complimented his son on picking up his mannerisms and transforming into him for the movie. 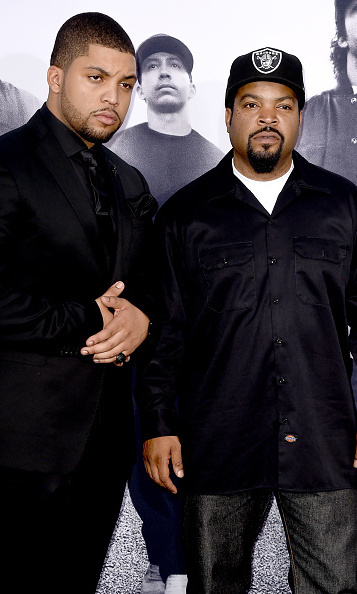 “I’ve seen him rap my songs before on stage with me,” the hip-hop icon said during the joint interview. “So to see him do this on the big screen, it was great. I wasn’t surprised that he was so good, because I knew how good he was.”

The film centers around Ice Cube and Dr. Dre’s late 80’s rap group N.W.A, and explores the pioneering rappers' friendship, and their rise and fall from fame. O’Shea Jr. shared with AP that his father is definitely the “cool dad” but using this 80 slang was a bit funny for him. 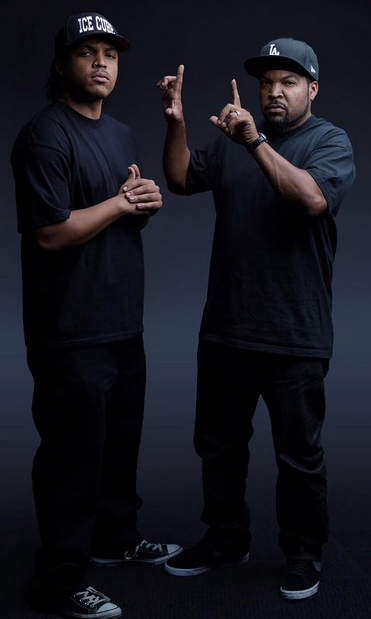 Ice Cube says his son was born to play this role. Photo: Instagram/@icecube

“The only thing that would be remote to that would be the lingo of the 80’s,” he shared after being asked if he found any dorky traits while playing the teenage version of his father. “Just the things that they said were ‘in'.”

Last week, Ice Cube made an appearance on the Tonight Show with Jimmy Fallon, where he said his son did not have it easy when it came to playing him.

“He worked for about 2 years to get the role, you know what I mean,” the rapper said. “I put him through the wringer. You know, the coach's son got it the worse.”

At the end of the day, the rapper, who is also one of the film’s executive producers, is proud of all of his son's hard work in the film.

“I’m proud of him,” he continued. “I feel like I’m in a Back to the Future movie. It’s crazy seeing all these things relived.