Rod Stewart's daughter Kimberly Stewart – currently starring in E!'s new reality TV series Stewarts & Hamiltons – has told how being a mother has made her leave behind her days as a party girl, as she welcomes HELLO! into the stylish Beverly Hills home she shares with her half-sister Ruby.

Kimberly, whose house is nestled in the grounds of her father's estate, says of her daughter Delilah, who turns 4 next month: "I honestly never, ever thought that I could love anything as much as I love her. I had her at the right time. I got all the partying out of my system and I just wanted to be with her. I've been a stay at home mother since she was born and I've loved every second." 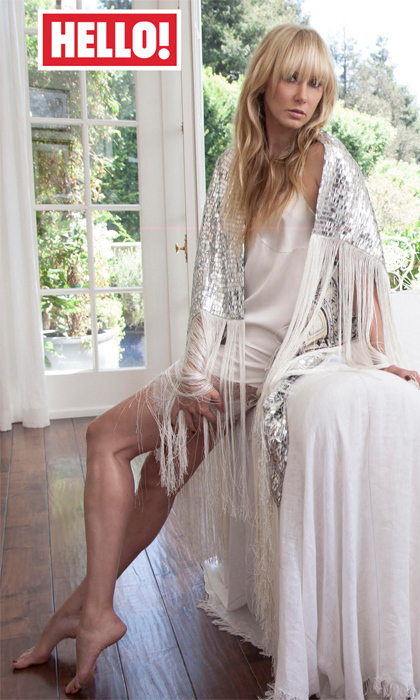 She adds of Delilah – whose dad is Hollywood actor Benicio del Toro – "She's sassy and has great manners – I really instilled that from a young age – so she's always saying 'please' and 'thank you'."

Kimberly, 35, whose mother is Alana Hamilton, also spoke about having a harmonious blended family. She has one full brother, Sean, as well as seven half-siblings.

"Even I struggle to keep up," she laughs. "Dad is very involved and is also the peacemaker, although sometimes he can be the s**t stirrer! He'll sit back and watch something go off, then he'll be like, 'Oh now, what did I do? I just made Kim and Ruby fight.' He's got a very mischievous sense of humor." 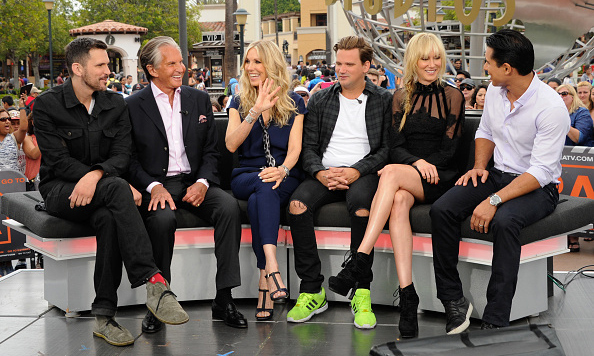 Kimberly chats with TV host Mario Lopez joined by the Stewarts & Hamiltons clan. Co-starring in the reality TV show has "forced us to deal with our issues," she says Photo: Getty Images

When it comes to her family, filming the E! reality show Stewarts & Hamiltons – which also stars George Hamilton – has "forced us to deal with our issues," she says. "My mom and I argue all the time and even though we always made up, on the show we couldn't just not talk to each other," she says. "We had to move from our issues and move forward."

And what about her love life? Kimberly reveals she's been "dating here and there, but no one who I would want to introduce Delilah to."

Stewarts & Hamiltons is on E! on Sundays at 9pm.

To read HELLO!'s exclusive interview with Kimberly Stewart, see the new issue available this Friday at all Barnes & Nobles stores or right now for digital download!