Savannah Chrisley is officially an adult! While the Chrisley Knows Best starlet is excited about turning 18 on Tuesday, her father Todd showed a not-so-excited look when signing the last document for his daughter as a minor. 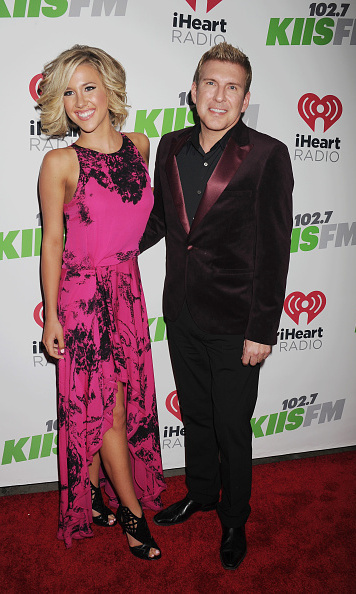 “Last form he’ll ever have to sign for me as a minor #MYBIRTHDAYISTOMORROW #18,” she captioned the pic posted on her Instagram Monday, of her father scowling with a pen in hand.

For three seasons, fans have watched Savannah and her close-knit family, which consist of older sister Lindsie, older brother Chase, younger brother Grayson, niece Chloe, grandmother Nanny Faye, nephew Jackson and mother and father Todd and Julie each Tuesday share an inside look into their parties, birthdays and moments of comedy. Savannah and Todd have dished it out on everything from appropriate dress for her sweet 16, her driving skills and her dating life. The relationship with the two is stronger than ever.

In a post on her Instagram, the birthday girl captured a sweet moment between her and her father.

"Why would he seemed shocked by this," she captioned the video of her fathers reaction to her saying she is "prettier" after he mentions how much the two look alike.

Why would he seemed shock by this? #chrisleyknowsbest

A video posted by Savannah Faith Chrisley (@savannahchrisley) on Aug 9, 2015 at 8:30am PDT

Not only is the budding fashionista turning 18, she is preparing to go to college (a year early) at Nashville’s Lipscomb University in the fall, and her daddy has been there to offer his witty words of wisdom along the way. 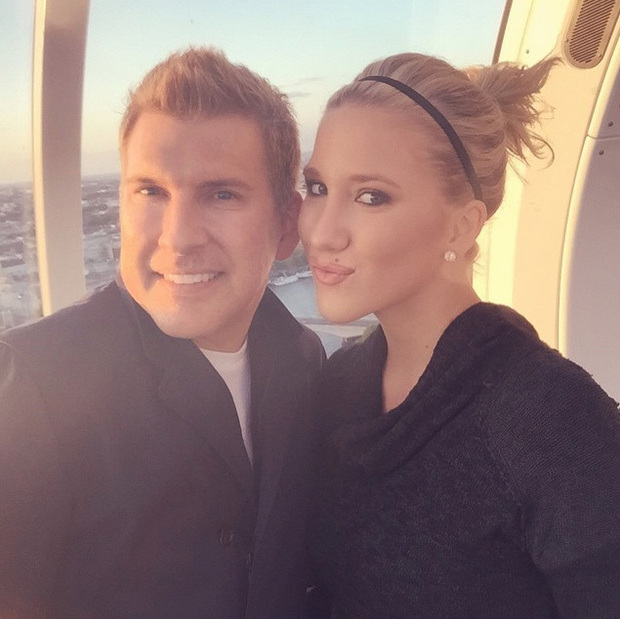 “My dad told me I need to have at least a 3.0 GPA or pay my own way,” she told HELLO! “He also told me to keep my feet on the floor, head in the air and hands in my pocket, and I’ll be Gucci.”

Celebrate Savannah's birthday with some of her and Todd's best daddy-daughter moments.