Angelia Jolie Pitt has been a dedicated goodwill ambassador and special envoy for the United Nations High Commissioner for Refugees for 14 years, and now her children are getting involved in her work too. In a world exclusive, the humanitarian invited HELLO! to join her on her first trip to Myanmar, formerly Burma, along with her 11-year-old son Pax. Angelina said it is a "dream" to work with her children, adding: "I want them to understand the world around them and their responsibilities to others." 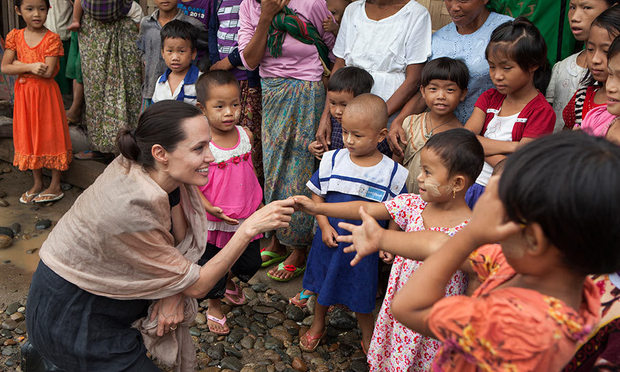 "I want my children to understand the world around them," said mom-of-six Angelina, seen here on the visit to Myanmar that she shared with son Pax Photo: Getty Images

The mother-of-six viewed the trip as an opportunity for her whole family with fellow Hollywood star Brad Pitt to learn about the part of the world where Pax, who was adopted from Vietnam in 2007, was born. "They all asked to come on these trips so they must have known they were ready," she explained.

The trip is not the first time Angelina has worked with one of her children. In June, the couple's 9-year-old daughter Shiloh joined Angelina on a trip to Syria, and it was recently confirmed that her 14-year-old son Maddox would be helping out on the set of her next directorial offering, First They Killed My Father, in his birthplace Cambodia. 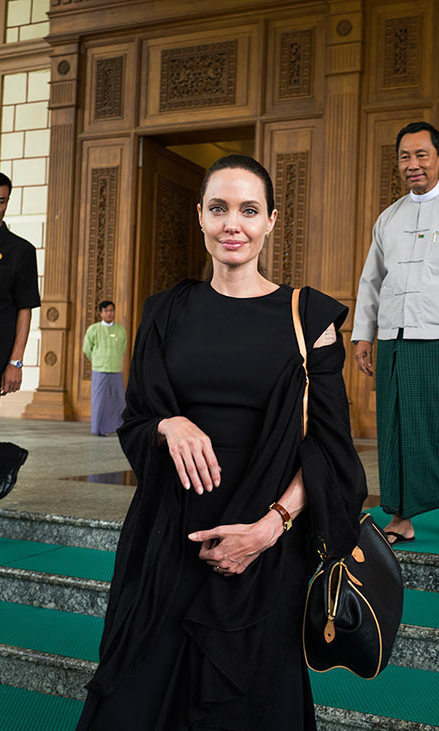 Angelina has been a United Nations goodwill ambassador for 14 years

The film is an adaptation of the memoir of Cambodian human rights activist Loung Ung about surviving the Khmer Rouge regime – a book that she said "deeply affected" her in a statement confirming the project.

The 40-year-old explains that her humanitarian work often inspires her film projects, telling HELLO!: "I am of course very influenced in my film-making by my humanitarian work, and drawn to projects that I feel have meaning and relevance or tell important stories."

To read HELLO!'s exclusive story about Angelina and son Pax's moving visit, see the new issue available this Friday at all Barnes & Nobles stores or right now for digital download!