Howard Stern is quite the romantic. According to his wife Beth Ostrosky Stern, the 61-year-old shock jock DJ keeps the romance going in their marriage by gifting her with his paintings.

“Howard is really romantic,” Beth told Social Life magazine. “He has been doing watercolors and paintings lately, and I just cherish the ones he gives me.” 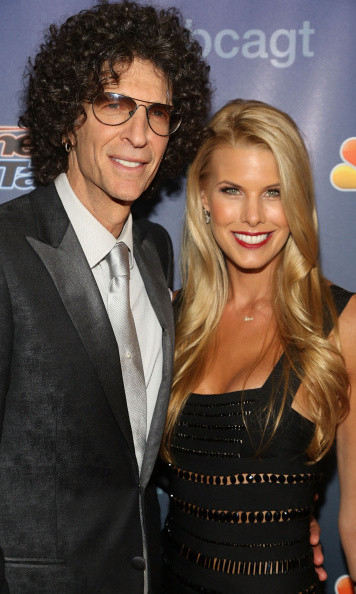 The couple married in New York City in 2008. The 43-year-old also reveals that there is a particular flower her husband enjoys painting for her.

“He has painted many roses for me. My walls are covered with Howard originals,” she told the magazine.

Howard, who helms The Howard Stern Show on Sirius XM Radio, announced that he would not be coming back as a judge on NBC's summer hit America’s Got Talent after this season due to other work opportunities, but Beth told Extra the real reason. 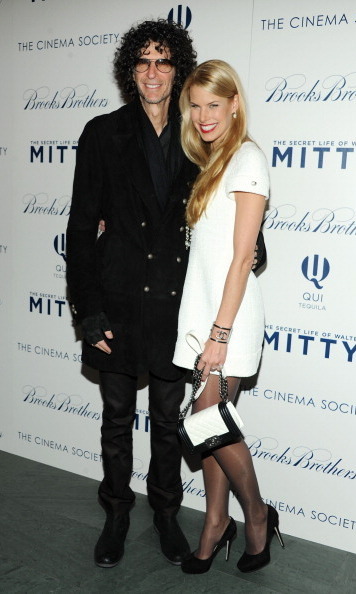 “Howard told me he wanted more free time with me,” she quipped.

Beth and Howard have no kids together, although he does have three daughters from a previous marriage. Beth, who is a spokesperson for the North Shore Animal League, is an advocate for adopting cats. The couple have six cats: Apple, Walter, Leon Bear, Charlie Boy, Bella and Yoda. (The later is the subject of her childrens' book Yoda: The Story of a Cat and His Kittens).

In an interview with People, Beth admits that her husband likes to talk to the cats.

“He said, ‘Apple, wouldn’t you like to show the people that dumped you off at the shelter where you live now? Do you want to tell them to go eff themselves?’ It was adorable,” she shared.

Last week Mrs. Stern showed off some of her husbands’ photography skills on her Twitter. Beth posted a photo of herself standing on the beach in only her bikini bottoms with the caption “Proof that I can palm a basketball. (Photo by Howard).”

Proof I can palm a basketball. (Photo by Howard) pic.twitter.com/s7qrHyjDhq