Friends and family of Bobbi Kristina Brown said farewell to the singer as she was laid to rest in a private funeral on August 1. The 22-year-old daughter of Bobby Brown and the late Whitney Houston sadly passed away last Sunday in a hospice, 6 months after she was found unresponsive in a bathtub at home. 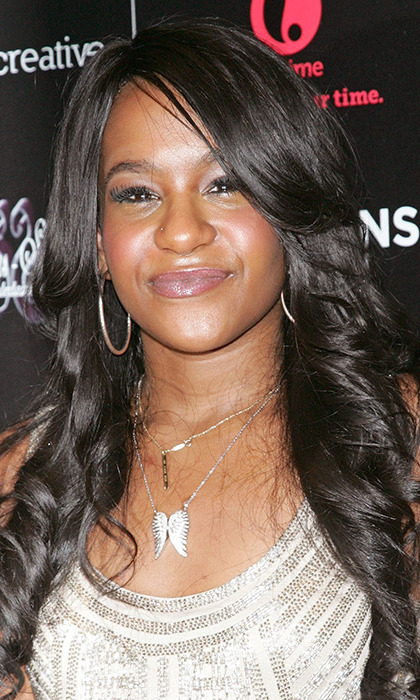 Bobbi Kristina Brown was been laid to rest in a private funeral over the weekend Photo: Getty Images

The order of service showed a smiling picture of Bobbi with the words "I will always love you" printed on it, in reference to her mom's famous song. Emotional speeches were made by some family members, and the choir sang the same song that was performed at Whitney's own funeral back in 2012, Donnie McClurkin's "Stand." 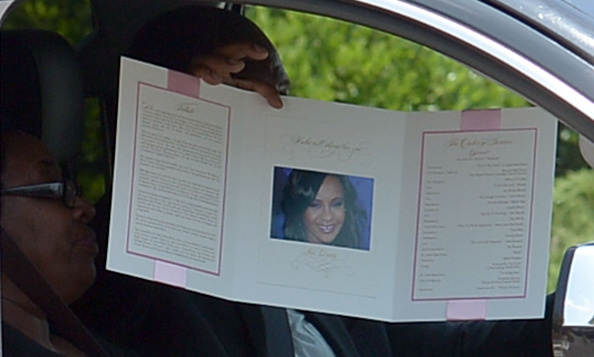 A guest held up the order of service to waiting media Photo: Getty Images

Grandmother Cissy, who is a gospel singer, also performed "The Lord is my Shepherd," while Whitney's other hit "Jesus Loves Me" is also said to have been sung. The service lasted almost three hours, after which Bobbi's silver casket was led out of the church to the sound of bagpipes playing "Ave Maria." The casket was transported in a hearse decorated with pink and white flowers. 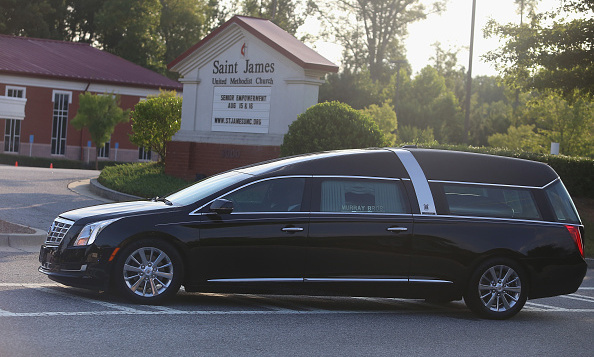 Bobbi was taken away in a silver casket Photo: Getty Images

During the service Bobbi's aunt Pat Houston gave a speech, but she was interrupted by Leolah Brown, who was later "kicked out" of the ceremony. Speaking to media outside the church, Leolah said that the funeral was going "wonderfully well" until Pat took to the lectern. "I didn't like that, so I left," said Leolah. "I just told her that Whitney is going to haunt her from the grave." She added that young Bobbi looked "beautiful" in her casket. 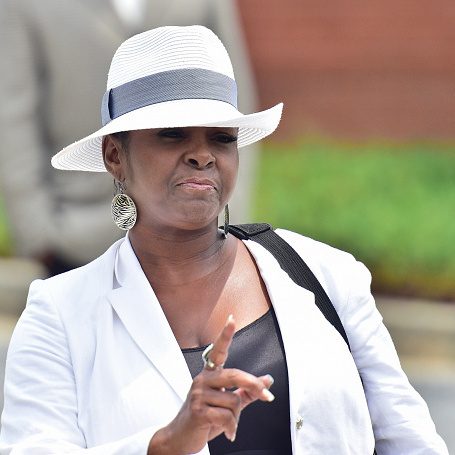 Leolah got kicked out of the service Photo: Getty Images

Bobbi's body has been flown to New Jersey, where a private burial is scheduled for Monday. She will be laid to rest next to her mother Whitney's grave. Shortly after Bobbi's death, her father released a statement, writing: "Krissy was and is an angel. I am completely numb this time." 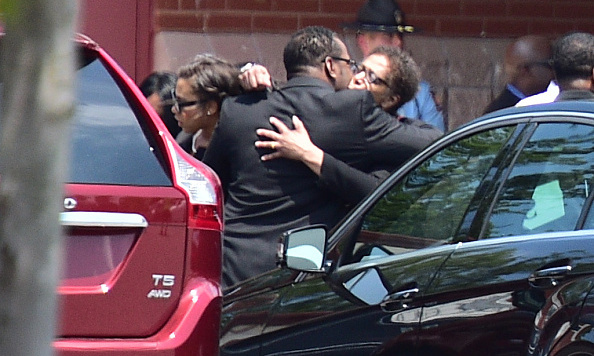 Bobby Brown was consoled by other guests at the funeral Photo: Getty Images