It must be baby season for the Bush family as Lauren Bush Lauren announced she is expecting her first child just months after her cousin Jenna Bush Hager revealed she was pregnant with her second. The niece of former President George W. Bush and granddaughter of George H.W. Bush took to Instagram to share the sweet news.

“We feel blessed and excited to welcome our little one to the world this November! #babymoon,” the 31-year-old captioned a photo on July 26 of her alongside her husband David Lauren, son of fashion designer Ralph Lauren.

We feel blessed and excited to welcome our little one to the world this November! #babymoon


The couple was in the stunning location of Big Sur, California where they've been taking walks on the beach and hiking on trails for their pre-baby adventure. "Goodnight from Big Sur#unreal #nofilter," the fashion designer and activist wrote with a snap of the Pacific Ocean at sunset.

Along with beautiful trips, the pair had a romantic Western themed wedding in September 2011 complete with a horse and buggy after David's over-the-top proposal at the Metropolitan Museum of Art in honor of where they first met. 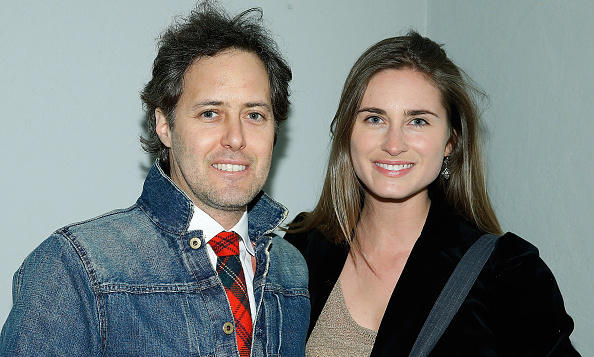 David and Lauren are expecting their first child together Photo: Getty Images

Although this is the first child for Lauren, she has been working with children for years. The beauty co-founded FEED Projects, an accessories company that provides food for starving and underprivileged kids around the world.

"I certainly didn't grow up ever having to worry about where my next meal was coming from," she told Elle earlier this year. "The fact that so many people, even in our own country, worry about something so basic, it's something I really wanted to help do something about."

The new baby will be part of a family that produced two U.S. presidents and another presidential candidate, Jeb Bush who is currently in the running.