With their first wedding anniversary right around the corner, George Clooney and his wife Amal looked like they were still in honeymoon mode as they stepped out for dinner at Harry's Bar near their holiday home in Lake Como, Italy. The A-list couple seemed smitten, holding hands after sharing a low-key dinner in one of George's most-loved corners of the world. 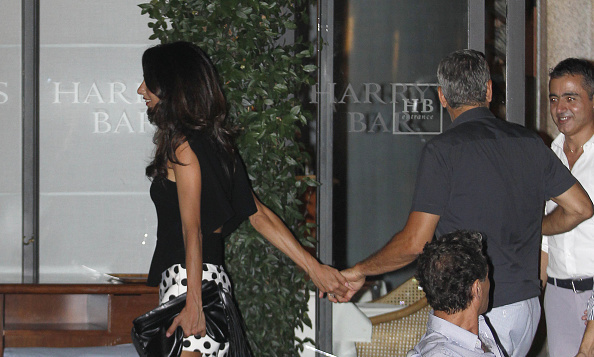 The couple, whose wedding anniversary is in September, held hands on their night out. Photo: Getty Images

Amal's fashion choice was characteristically cool and stylish: a classic sleeveless top, fun polka dot shorts and wedge heels – not unlike the sandals adored by Kate Middleton. And despite all of the attention that George and Amal get around the globe, the married pair looked in a world of their own while sharing a Mediterranean meal and some quality time. 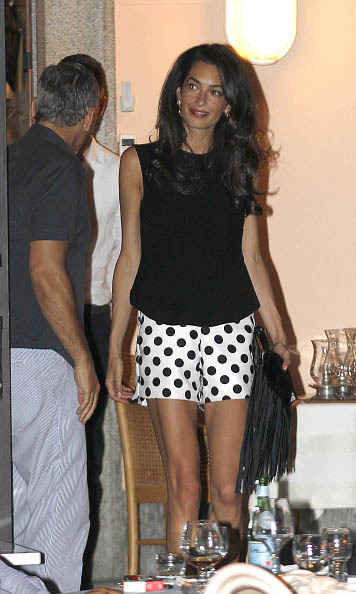 Amal's long legs got a showing thanks to her cute polka dot shorts Photo: Getty Images

Since 2002, George has owned nearby Villa Oleandra, a picturesque summer home on the edge of what is widely regarded as one of the most beautiful lakes in Europe. Local property owners include Bill Gates, Tom Cruise, Rupert Murdoch and numerous wealthy Russian tycoons. 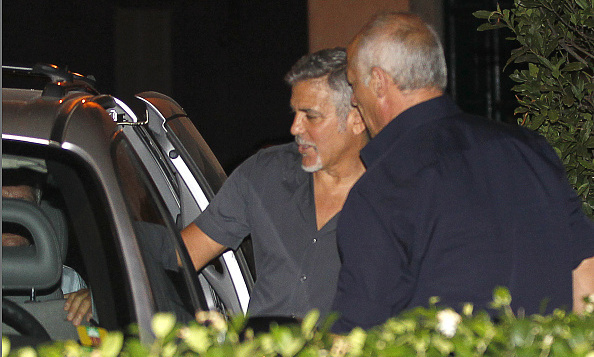 While the couple didn't actually marry at George's picturesque Lake Como villa, an estate which seems to be nearly as famous as the actor himself, they did opt for Italian nuptials, tying the knot in glamorous style in Venice. Just what the actor and Amal will do to celebrate their first wedding anniversary on September 27 remains to be seen. Meanwhile, style watchers can look forward to more trend-worthy sartorial choices from George's leading lady.