Southpaw star Jake Gyllenhaal has been busy promoting the boxing film all week. On Wednesday, the 34-year-old actor spoke to NPR about his new film and his relationship with his dear friend and co-star Heath Ledger, who passed away in 2008. “I miss him as a human being, and I miss working with him,” Jake told the radio show. “What an unfortunate thing it is that we wont be able to see the beauty of his expression.”

Jake and Heath starred in the 2005 Oscar nominated film Brokeback Mountain together, and he is the godfather to his and Michelle William's 9-year-old daughter Matilda. During the interview, Jake continued to talk about what losing his friend has done for this current relationships. 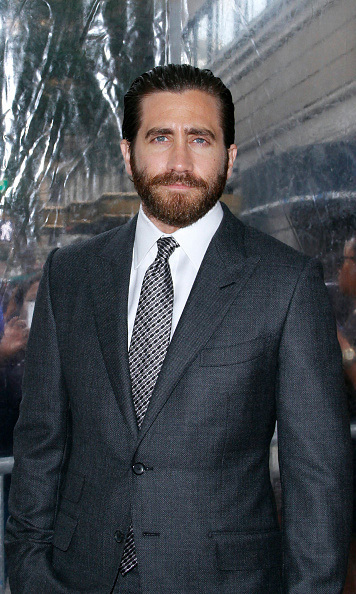 “I’m trying to be present where I am,” he continued. “I’m trying to have relationships that are as real as they possibly can be on a movie set, be close to people because I know that it’s precious. I think losing Heath and being part of a family that was something like the movie, that movie we all made together, makes you see that and hopefully move you away from things that really don’t matter to things that do.”

During an appearance on Howard Stern's Sirius XM radio show, Jake spoke about his desire to get married one day and his love of being in love. “At some point I think you decide to grow up,” he told the radio host, when asked if he is ready to settle down. “There are a lot of beautiful women and there are a lot of opportunities, but I also believe in monogamy. I believe in when you meet someone who’s right, it’ll be right, and you’ll stay there.”

Jake also shared that he is currently not in love, but has been in love a total of three times. He admits that they unfortunately didn’t work out, because of him. “Yeah it was me, man…I think I just got scared.”