The guests at Leonardo DiCaprio's annual charity bash could have just as easily been invitees at the Oscars. Kate Hudson, Nina Dobrev, Michelle Rodriguez, Orlando Bloom and Sylvester Stallone were just some of those spotted on Wednesday night in St. Tropez attending the auction held in honor of Leo's foundation, which aimed to raise money for environmental projects around the world.

Among the model attendees were Irina Shayk, Heidi Klum, Petra Nemcova and Naomi Campbell, while Prince Albert of Monaco and Sarah, Duchess of York and her companion Manuel Fernandez represented the royal party. 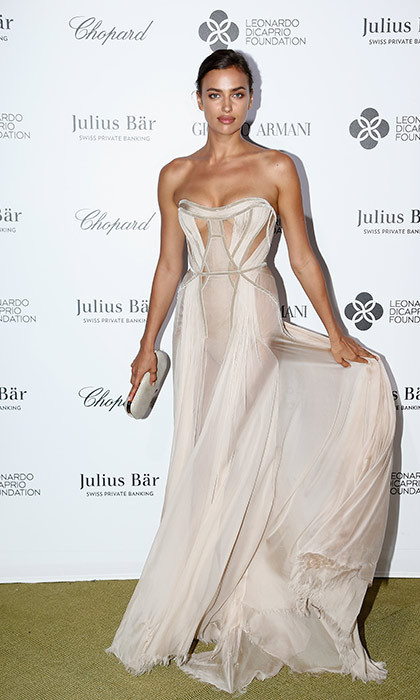 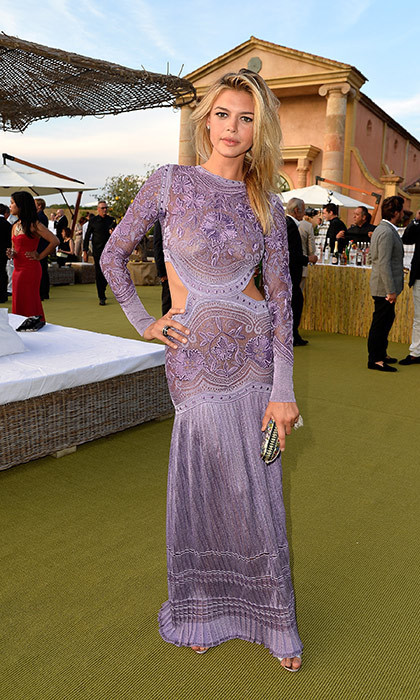 The man of the night himself, Leonardo, 40, wore a crisp navy suit and silk tie and was supported by his stunning new girlfriend Kelly Rohrbach. The blonde model showed off her svelte figure in a lavender lace dress that featured cut out sides and a revealing back.

Leonardo opened the evening with an impassioned speech about the Foundation’s work and saying, "We've decimated our forests, wildlands, polluted and over fished our rivers and oceans; all the key ecosystems that not only serve as a home to our planet’s biodiversity, but also make life here for us possible. I’m incredibly proud to be part of a night that will allow us to do so much to protect the planet.“ 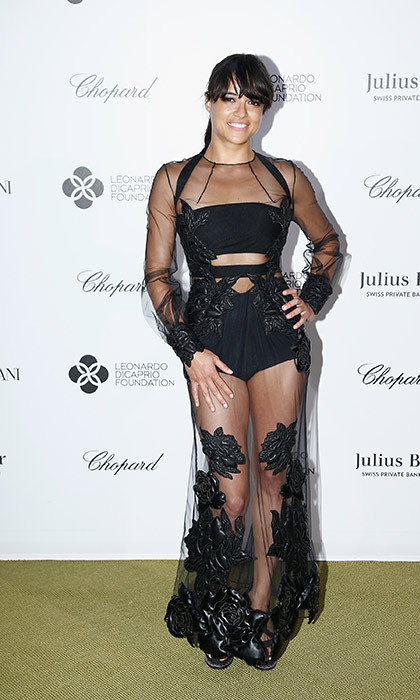 Once inside the exclusive bash, guests were seated for dinner followed by drinks, dancing and an auction. Leonardo raised $40 million this year with auction items like his own Rolex Daytona Cosmograph watch, Andy Warhol and Bansky artworks from his personal collection and a private concert with Elton John who provided the entertainment for the evening. Later that night, guests danced as DJ Cassidy provided the entertainment.