Celebrity chef Paula Deen may not technically be royal, but she's surely considered the queen of the kitchen. And as a mother of two close in age, she has some wise advice for pregnant Kate Middleton.

"It is important to have them around each other as much as possible," Paula exclusively tells HELLO!. If she has two boys, as the 68-year-old does, then she offers up this other tidbit: "They are brothers, but they can best friends too! The best thing about having two sons is watching them become amazing men." 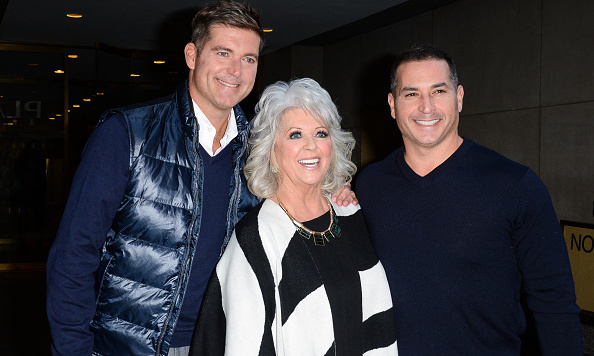 Paula with her sons Bobby and Jamie Photo: Getty Images

Paula's sons Bobby and Jamie are three years apart and have grown up with their mother in the kitchen. Kate's husband, Prince William, also knows a thing or two about growing up close to his younger brother. He and Prince Harry are just over two years apart and have showed off their brotherly bond their entire lives.

While the Deen boys grew up with all the Southern comforts, Paula would love to introduce the royal couple to exactly that. "I would make them fried chicken, mac and cheese and collard greens — a true Southern meal," she says. If the Queen were involved she would make "the ultimate Southern meal" adding in hoecakes, blackeyed peas and sweet potatoes. 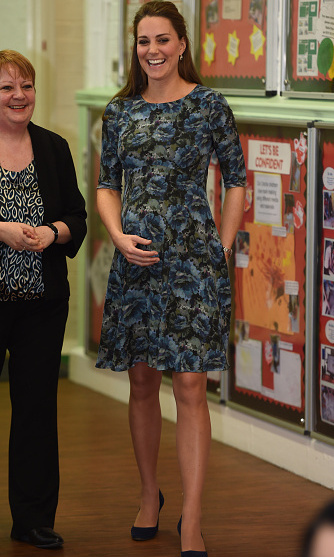 Kate Middleton is due to have her second child next month Photo: Getty Images

Meals like these go hand in hand with the name Paula Deen. After becoming diagnosed with type 2 diabetes, she has made successful strides to be more aware of what she puts in her body. "I’ve learned that healthy food doesn’t have to taste bad," she mentions. "It is about cooking everything in moderation." Don't think she is giving up on the butter. The chef adds, "There is no substitute for [it]!"

The food lover will be able to share all her new yummy (and most likely buttery) recipes back on television. After a 22-month hiatus, Paula will debut her new show Paula Deen’s Kitchen on Evine (formerly ShopHQ) on Wednesday. There will be a three-hour midweek premiere followed by additional live segments once every six-to-eight weeks. 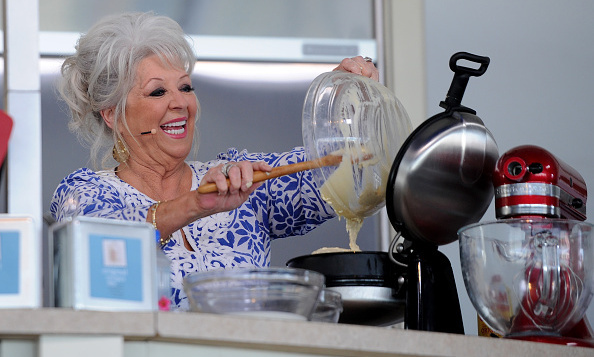 Paula would love to cook a 'Southern' meal for the royals Photo: Getty Images

Along with her reaching audiences near and far on TV, Paula is also expanding by going digital. The Southern belle has created a new app called Paula Deen’s Recipe Quest that will get participants excited about her passion. “I am a gamer at heart and never leave my home without my Ipad," Paula explains. "This is an incredible and one-of-a-kind game that will allow y’all to cook up a storm with me."

The app takes players through 40 levels of puzzles that includes mixing and matching ingredients of her popular dishes. Gamers will also receive downloadable recipe cards as they complete each level. The perks don't stop there as everyone who participates can also win prizes such as cooking alongside Paula on the her network. "I am hoping the app will recruit and inspire young cooks," Paula says. "I just love seeing new talent!" 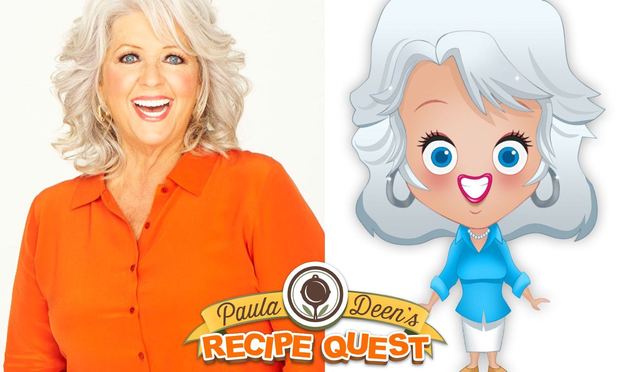 The celebrity chef is excited to introduce her new app to the world Photo: Paula Deen Ventures

Hopefully Kate can try some of Paula's dishes in her very own kitchen!