It is guaranteed that Salma Hayek never disappoints when on a red carpet or hitting the town, she even looks good as a hobo. Director Brett Ratner posted several photos on his Instagram Monday showing the 48-year-old beauty from the 2004 film After the Sunset, a heist film that required the actress' character to wear a few disguises.

“On the set of #AfterTheSunset with my favorite producer #BeauFlynn @bubbkrush and @salmahayek in disguise,” the director captioned the photo standing next to the actress sporting dreadlocks, a beard and sweats. 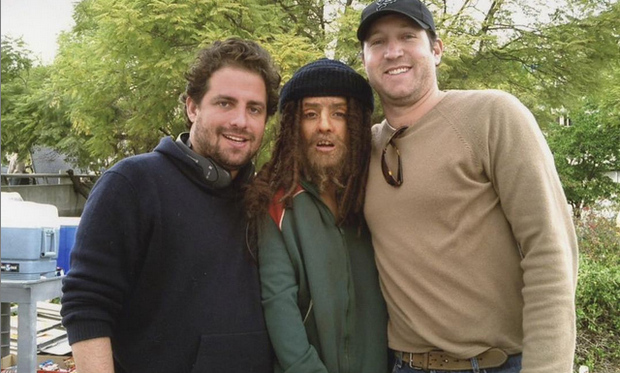 Salma recently appeared on the cover of Allure magazine looking like her usual glamorous self. During the shoot, the mommy to 6-year-old Valentina talked about the time she was desperate for love. “I wish I knew that I was gong to fall crazy in love with the perfect man,” she told the mag. “I was so worried and dated some people I shouldn’t have dated. You get desperate, and you start seeing wonderful things in like the wrong guys.”

The Prophet star has been married to businessman Francois Pinault for seven years and still gushed to the magazine about what makes their relationship work. “I still have my independence. But he likes it…and I get a lot of respect from him.” She also said it was thanks to her husband that made her return to the big screen. Salma added: "And then he said something so beautiful. 'I don't want to be deprived of your work. I want to watch it, too. And the world has not seen the best of you yet. So you cannot stop until some of that is put out.' So he sort of really pushed me, like, 'Get up on your feet and get out there.' And he was right." 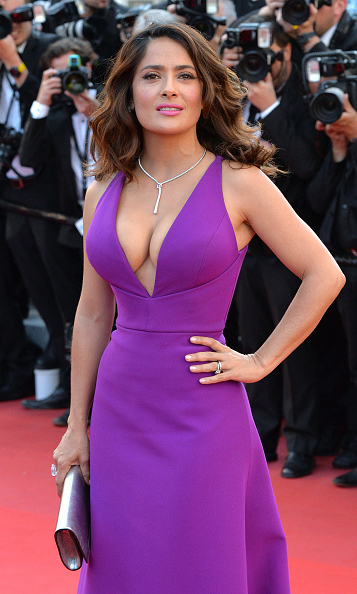 Mrs. Pinault also addressed wearing minimal clothing for the magazine's shoot. “I filmed with the wonderful Patrick Demarchelier, and he always tries to do the minimum clothes possible. I was very nervous, and I think I looked uncomfortable in the beginning, but in the end it looked really nice.”

Unlike the throwback picture posted of her, the Nuance founder has no wrinkles and flawless skin. Something she said comes from not taking the horrible advice of her peers to get Botox. “When I was young they tried to sell me on the idea ‘If you do it now you won’t get wrinkles.’ And thank God I didn’t do that.”