Taylor Swift has a surprising person to thank for her blossoming relationship with Calvin Harris. The 25-year-old singer, who has been dating Scottish DJ Calvin since March, credited fellow pop superstar Lady Gaga for casting a "magical spell" that improved her love life.

The Shake it Off singer made the revelation in response to a tweet from a fan who shared his concerns about the dating world, telling him: "@alexandergold Go read Gaga's tweet that she sent me a few months ago. It's good love luck. Because it's not a tweet. It's a magical spell." 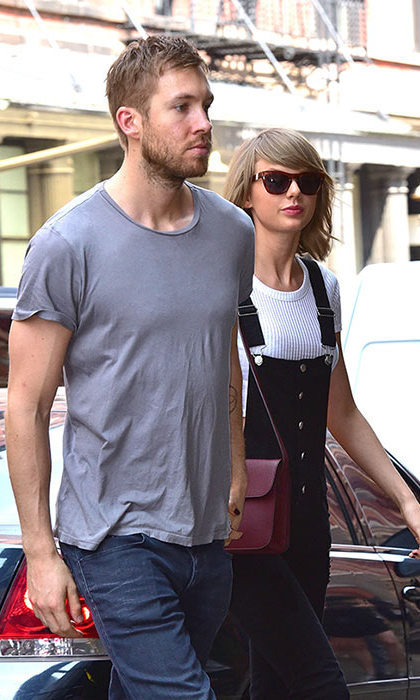 Taylor was referring to a tweet Lady Gaga sent to her at the beginning of March in which she said that "Life is friends, family and love" before adding some special love advice: "Your prince charming will come!" Gaga tweeted.

Sure enough, Taylor's prince charming came shortly after in the shape of How Deep is Your Love DJ Calvin Harris, who she met at the Brit Awards in February. The couple's relationship has gone from strength to strength, with Calvin recently revealing that he was "insanely happy" in his relationship with Taylor.

@alexandergold Go read Gaga's tweet that she sent me a few months ago. It's good love luck. Because it's not a tweet. It's a magical spell.

"It's going absolutely fantastic," Calvin enthused during a recent interview on KISS FM. "It's interesting because obviously there's something written about it every day and even if we don't do anything publicly for a while someone will make something up.

"But for me it could be a lot worse and I'd still be like insanely happy with her, so I'm good with it."

Calvin, 31, also addressed some of the rumours surrounding their romance – including recent reports that they are moving in together and getting married.

"It does get more and more ridiculous, from me apparently being allergic to cats, or Taylor and I moving in together, or we're getting married next week," he said with a laugh. "It's a lot but you've got to take it how it is, which is that it's a news story that people read but it's not real life."