aitlyn Jenner brought the crowd to their feet as she delivered a powerful and poignant speech at the ESPY Awards on Wednesday. The ceremony was Caitlyn's first public appearance as a trans woman since going through her transition and she was supported by almost her entire family as she accepted the Arthur Ashe Courage Award for the bravery she has shown.

Dressed in a glamorous white Versace gown, the 65-year-old was clearly overwhelmed by the occasion, and became tearful toward the end of her speech as she thanked her loved ones for their support. 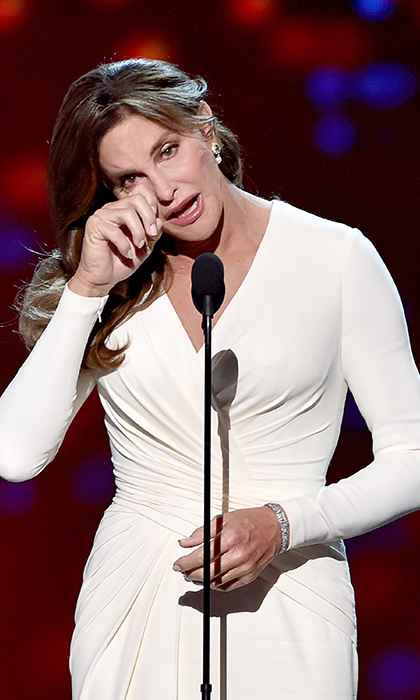 Caitlyn was moved to tears as she accepted the Arthur Ashe Courage Award Photo: Getty Images

Proudly watching in the audience were her children Burt, Brandon, Brody, Kendall and Kylie Jenner, along with stepdaughters Kourtney, Kim and Khloe Kardashian, and mom Esther Jenner. Ex-wife Kris Jenner and stepson Rob Kardashian were absent, as was Brandon's wife Leah, who is imminently expecting the couple's first baby. 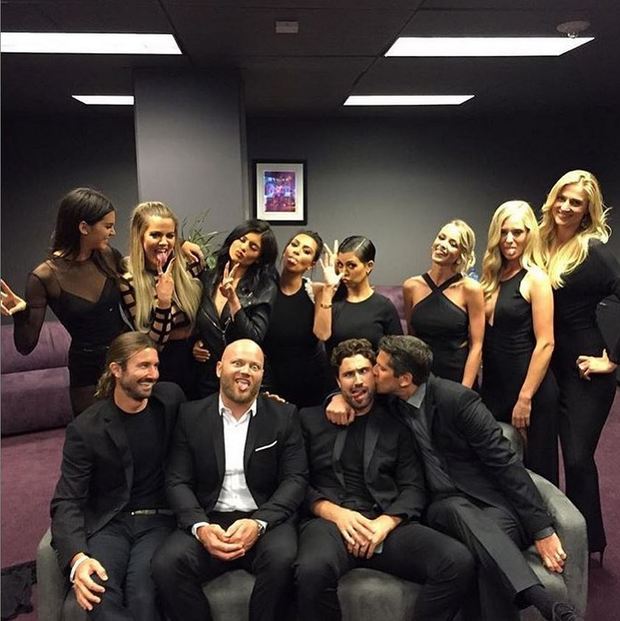 Caitlyn's kids – both Kardashian and Jenner – couldn't have been more proud Photo: Instagram/@khloekardashian

"Here comes the tough part," Caitlyn said with tears in her eyes. "I'd like to thank my family. I never wanted to hurt anyone else, most of all my family and my kids. I always wanted my children to be so proud of their dad for what he was able to accomplish in his life. You guys have given me so much support. I am so grateful to have all of you in my life. Thank you."

It was by no means the only poignant moment of Caitlyn's speech. "You know, it is an honor to have the word 'courage' associated with my life, but on this night another word comes to mind, and that is 'fortunate'," she continued.

"I owe a lot to sports. It's showed me the world. It's given me an identity. If someone wanted to bully me, well you know what, I was MVP of the football team – that wasn't going to be a problem," she shared. "And the same goes tonight. If you want to call me names, make jokes, doubt my intentions, go ahead. Because the reality is, I can take it." 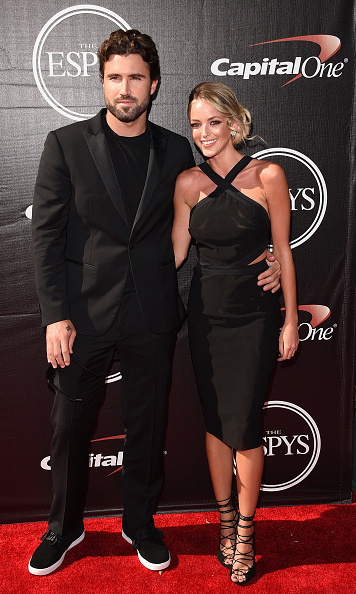 Brody turned out for the special occasion with his girlfriend Photo: Getty Images

She then called attention to those without a voice. "But for the thousands of kids out there coming to terms with being true to who they are, they shouldn't have to take it. So for the people out there wondering what this is all about, whether it’s about courage or controversy or publicity, well, I'll tell you what it's about: It's about what happens from here.

"It's not just about one person. It's about thousands of people. It's not just about me, it's about all of us accepting one another. We're all different. That's not a bad thing – that's a good thing. And while it may not be easy to get past the things you don't understand, I want to prove that it is absolutely possible if we only do it together."